Government will release accreditation details for each of the four senior officers once various bilateral consultations are concluded.

“His Excellency the President and Commander-in-Chief of the Zimbabwe Defence Forces thanks the four officers for serving their country with honour and dedication in the Defence Forces, and wish the successful careers in the Diplomatic Service,” reads the statement. 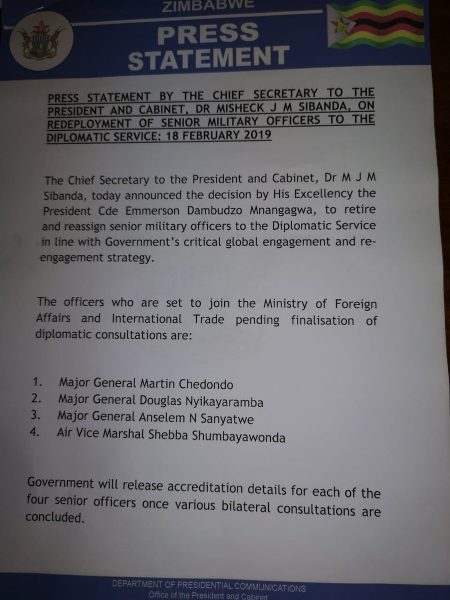 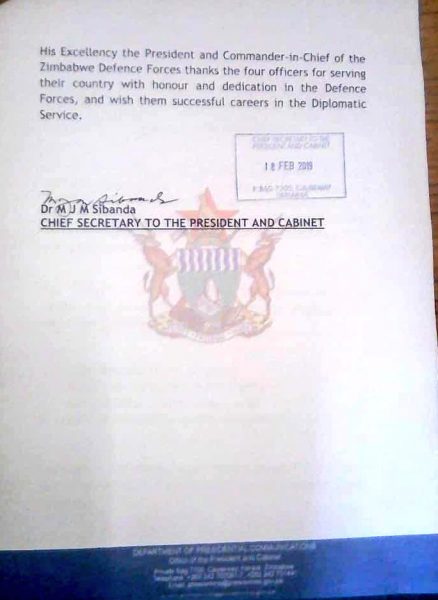 News Tshuma Rueben - 25 January 2021 0
THEY WERE about to leave for the cemetery when the pastor suggested they open the coffin to ensure they were burying the right body. But...
Loading...