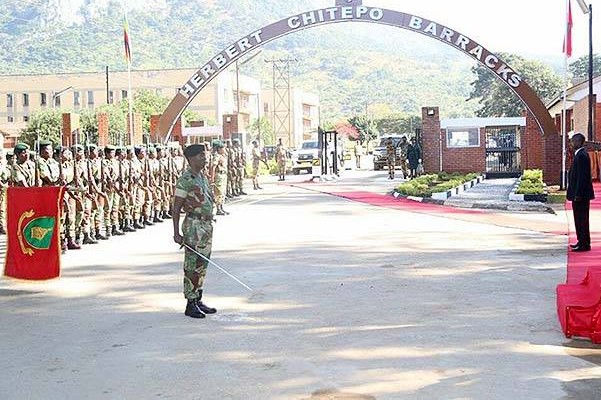 TWO top MDC Alliance officials in Mutare were allegedly beaten with tree logs and subjected to electric shocks after they were detained overnight by soldiers at Herbert Chitepo Barracks, it has been revealed.

They were detained at Herbert Chitepo Barracks (formerly 3 Brigade) before they were “dumped” outside the premises the following day.

Prominent Mutare lawyer Christopher Ndlovu said they now feared for the pair’s safety and had been constantly transferring them to private hospitals secretly for security reasons.

Although Ndlovu refused to identify the private hospital where they were admitted, sources said the two were actually on their way to receive specialist treatment in South Africa after a security breach at a private hospital.

“They were tortured using electric shocks, assaulted with booted feet and tree logs all over their bodies,” Ndlovu said.

“They were asked to make confessions that they participated in a stay-away and they were told to implicate senior officials in the party.

“They were assaulted heavily when they did not make the confessions.

“They are receiving medical treatment at a private hospital and we are hopeful that they are going to recover.

“We are worried about their security. This is the reason why they have been receiving treatment at private hospitals and we are hopeful that the doctors are going to come up with a comprehensive medical report because they are torture victims.”

Ndlovu said when he first attended to the two victims, they were crying for water.

“They had been denied water because I understand that if you give them water they will have internal bleeding. I got that knowledge since I have been covering murder cases for many years,” he added.

Another human rights lawyer in Mutare who requested anonymity confirmed the two brothers would seek help in South Africa.

“As you are aware, our President Emmerson Mnangagwa said that he is coming after us for assisting arrested protesters. We are now afraid to come out in the open to help such victims,” he said.

“But they are on their way to South Africa to seek further medical attention; their air tickets are being processed.”

One of the two officials’ brothers, who also chose to speak on condition of anonymity, said his siblings were traumatised.

“I am now on the wanted list by the soldiers, but what I can say at the moment is that my brothers are traumatised. They are even struggling to eat or drink anything,” he said

“They were subjected to inhumane treatment at the barracks, but we are hopeful they are going to recover.”

MDC Manicaland spokesperson Trevor Saruwaka said soldiers had no right to arrest civilians as it was the duty of the police.

The torture of the Saunyamas followed reports that Noah Sahumbe, also from Zimunya township, was allegedly beaten up by soldiers on January 20 and died later due to internal injuries during the army crackdown following last month’s countrywide protests.

He was allegedly beaten up by soldiers while watching a football match at a local bar.

He died of kidney failure, a post-mortem report revealed.

Human rights organisations say at least 17 people were killed during the army clampdown.