Two controversial pastors look set to clash on Thursday over the supposed resurrection of a dead man.

Controversial Pastor Mboro Paseka Motsoeneng, who once reportedly wrote on Facebook that he had visited hell and killed Satan, says that he will meet with Pastor Alph Lukau, who has come under fire over a so-called resurrection. 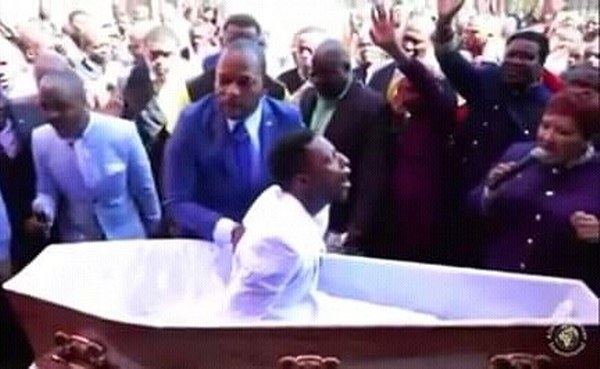 On Sunday, a video depicting Lukau raising a man from the dead went viral.

Mboro says that his visit to Lukau in Sandton is about confronting the pastor for bringing Christianity into disrepute.

Mboro’s own ministry called the Incredible Happenings Church, along with the South African Funeral Practitioners Association, say they take a strong stance against Lukau.

It will be a clash of religious titans today at the Alleluia International Ministries Church in Sandton.

Incredible Happenings leader Pastor Mboro, whose own stories of hell were criticised, says that no bona fide religious leader should be using such antics for fame.

“It is humiliating the Gospel, disrespecting Christ, insulting the holy spirit, blasphemy.”

He says Lukau must abandon such devious ways and turn to the Lord.

“Next time when God does something extraordinary, who will believe it?”

At the same time, two cases of fraud have been opened against Lukau’s church as police investigate.