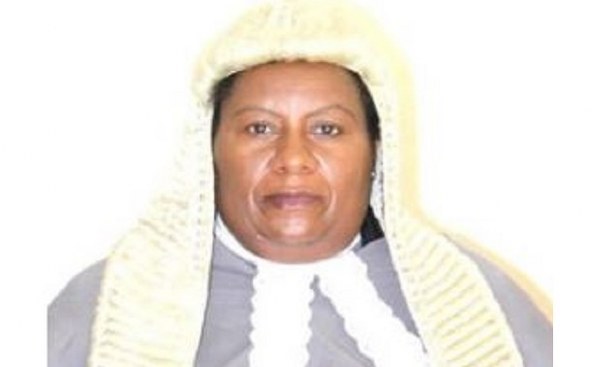 THE Speaker of the National Assembly Advocate Jacob Mudenda has defended the proposed appointment of Justice Loice Matanda-Moyo as chairperson of the Zimbabwe Anti-Corruption Commission saying the High Court Judge was competent and qualified for the job.

Advocate Mudenda, who is also the chairperson of Parliament’s Committee on Standing Rules and Orders (CSRO), said this in a statement yesterday while responding to a story in a weekly newspaper last week casting aspersions on the committee’s decision to propose Justice Matanda-Moyo for the post.

“The publication of the story by the Zimbabwe Independent is again a brazen attempt at agenda setting by the media and some unprofessional members of the CSRO with the intention of manipulating public opinion against the proposed appointment of Justice Matanda-Moyo in the vain hope of influencing the decision of the CSRO,” Advocate Mudenda said.

“This is apparent in the one-sided slant of the story which chooses to focus on Justice Matanda-Moyo’s marital status while conveniently ignoring that she is eminently qualified for the post – a fact which the CSRO unanimously agreed on.

“It is hardly surprising therefore, that no reference is made to her rich resume, undoubted professional competence and impeccable character.”

Adv Mudenda also denied that the CSRO was directed to approve the appointment.

“The CSRO would also like to dismiss the insinuation that the committee was ‘under instructions’ to approve the appointment of Justice Matanda-Moyo with the contempt it deserves. One of the founding values and principles on which our nation and our constitution are based is the observance of the principle of separation of powers.

“Parliament and by extension the CSRO is this empowered by the Constitution to make its own decisions independent of the Executive or any other arm of the State,” Advocate Mudenda added.

He also said the CSRO would continue doing its work as dictated by the law.

“The CSRO remains stoic in its resolve to ensure a credible appointment process grounded in the requirement of the supreme law of the land and national interest,” Advocate Mudenda added.

The reconstituting of ZACC follows the resignation of the old commission that was led by Dr Job Whabira in January and which President Mnangagwa once described as “rotten to the core.”