THERE was drama at the University of Zimbabwe when a student was allegedly caught enjoying doggie-style sex with a ‘blesser’ in her room by her UZ boyfriend.

After a tip-off, the boyfriend Tatenda Kandawasvika, went to investigate and peeped through the hostel window and discovered that his girlfriend, Clara Chaparadza was enjoying quality time with another man in a locked room. 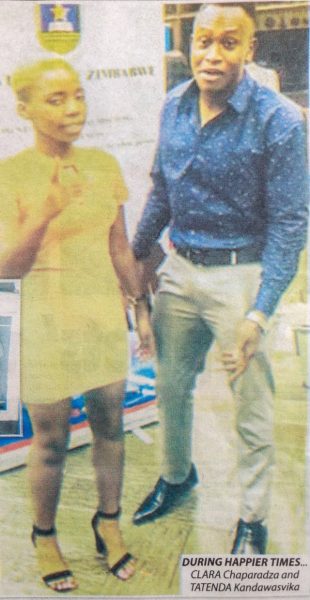 The ‘blesser’ was only identified as Takudzwa.

The incident took place on Sunday at the University campus, New Complex 1 (NC1).

In rage, Tatenda broke the window to Clara’s room.

On the other hand, Takudzwa took advantage and escaped through the door while Tatenda was still at the window side.

In an interview with H-Metro, Clara refused to comment more on the story saying:

“It circulated on social media so there is no need to comment now.

Later she seemed to celebrate her actions saying:

“And finally I have qualified to be a drama queen. I owe no one an explanation.”

Tatenda could not be drawn to comment on the issue.

News Sekai Moyo - 27 October 2020 0
THE United States yesterday said Zimbabwe should complete its electoral reform process to set the stage for free and fair 2023 general elections. The US...
Loading...