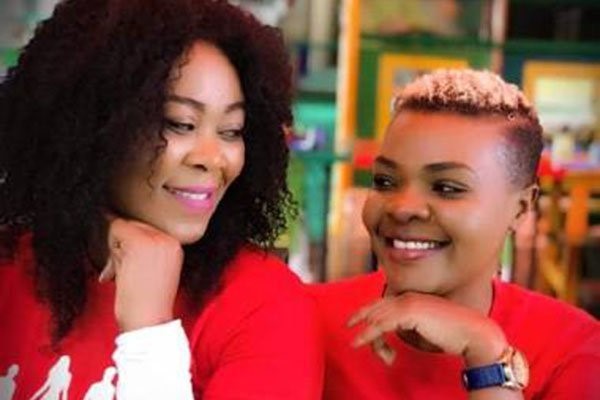 MADAM Boss and Mai Titi have buried the hatchet.

The two socialites will work together as medics in the same team after an acrimonious fall out some time last year.

Both will be fighting in the Sungura Musicians corner when the former meet Dancehall Musicians in a football battle and music battle to be held on this coming Saturday at Dzivaresekwa Stadium.

After the match fans will be treated to music by 60 musicians who will entertain fans.

Patson Chimbodza of Chipaz Promotions said the two women would be working together to ensure Sungura Musicians get treated during the match.

“The two are Sungura Musicians’ medics. How wonderful is it to see the two uniting for a cause?

“Who knows, this could be the beginning of something very big as they will unite forever?” Chipaz said.

Mai TT fell out with Madam Boss when she once alleged the latter was ungrateful and married cheat.

Singing sensation Jah Prayzah leads the Sungura side while Soul Jah Love will be leading the Dancehall musicians.

Fans will part with $6 for adults while kids will pay $3 for the a two football matches and 60 bands alternating on stage.

Part of the proceeds will be donated to charity.