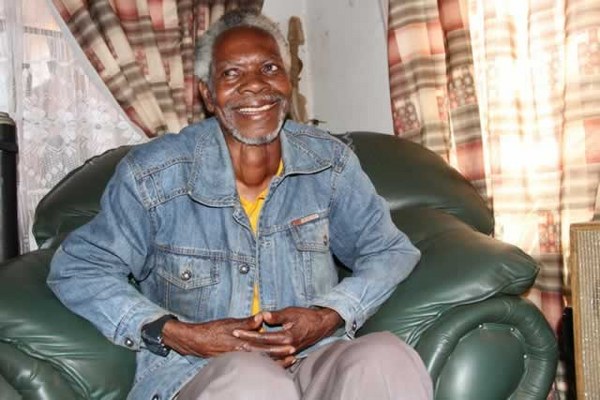 Sekuru Ndunge, as he was fondly referred to, not only by his kith and kin in the tea estates of Chipinge but nationwide and beyond, succumbed to diabetes and was laid to rest on Wednesday afternoon at his homestead.

In a trade that spanned more than seven decades, Sekuru Ndunge gained popularity as he served people of different races and background from almost all parts of the globe.

Vintage vehicles – from Bentley, Datsun 120Y to Peugeot 504s as well as SUV vehicles – scattered around his homestead were part of gifts that Sekuru Ndunge received from a wide range of clients that included prominent politicians, businessmen, clergymen and other traditional healers.

His eldest surviving son, Jabulani Makhuyana Ndunge, told The Weekender that Sekuru Ndunge invited some of his children and informed them that he would be dying soon.

“He actually called some of his children and told us that he no longer has much time on earth. We took it lightly at that moment and we never knew it would be fulfilled so soon.

“It is true that those who owe him must feel free to come and we go through the requisite rites so that they do not face any challenges in life,” he said.

James Muchemei, a senior member of a local apostolic sect, said Sekuru Ndunge actually came to their church gathering and openly announced that he would be dying soon.

Muchemeyi said Sekuru Ndunge demanded that all those who still have his paraphernalia to surrender.

“It is less than a month now since he came to our church. He was seeking assistance from one of our senior prophets. That is when he was given a chance to speak to us. He openly told us that he would be dying soon.

“During the same speech, he also told us that anyone who still has his paraphanalia must surrender. He meant that they should surrender before he dies but now that he has died I am not sure what will they those who have not surrendered) do,” said Muchemeyi.

Scores of local businessmen, politicians that include Members of the House of Assembly Cdes Enock Porusingazi and Raymore Machingura, several traditional healers and relatives thronged his homestead to pay their last respects. The burial process went on smoothly with no drama or controversy. There was little of mimicking what Sekuru Ndunge used to do in his working room as a popular sangoma, instead mourners sang gospel songs as well as revolutionary songs.

Scores of women came together dancing and ululating describing him as a humble and sociable man.

Some mourners with posh cars, putting on designer wear could be seen standing at a distance. Some of the villagers called him Fox because of his bicycle riding prowess in his youth, while others would call him Ngwena because, at one time, according to Jabulani, he managed to escape from the jaws of a crocodile in Save River while he was riding a bicycle on the river bank.

“His wish was to see his family grow although he had told us during his last days that his days were numbered. He was a fighter but God decided to take him away from us. He was a loving and understanding person whose void will be difficult and impossible to fill. Sometimes when he was busy he would refer some clients to me and I would assist them,” said his daughter Jane.

Members of Parliament and businessmen interviewed on the sidelines of Sekuru Ndunge’s burial said his death came as the district is yet to come to terms with deaths caused by Cyclone Idai disaster.

“It is very painful that Sekuru Ndenge’s death came as we are still nursing our wounds after Cyclone Idai disaster. We are deeply saddened.

This is a sad development. As Chipinge we will never find replacements for Sekuru Ndunge and Sekuru Chinengozi,” said Member of Parliament for Chipinge Central, Cde Machingura.

Cde Porusingazi said Chipinge had lost a hardworking hero who assisted thousands of people from across the globe. He said that several politicians and businesspeople will come to mourn him because they would have been assisted in several ways.

“As Chipinge residents we have lost an icon. People from other towns and cities would respect us merely because we hailed from where Sekuru Ndunge came from. We would see people from as far as Australia, UK and America among other countries coming to seek ssistance. One of Chipinge’s most popular businessmen, Nzukamanji Gonye said: “We will never find a caring uncle like him. We will forever mourn him. He made us proud as Chipinge businessmen. He put the district on the limelight. He will forever be missed.”