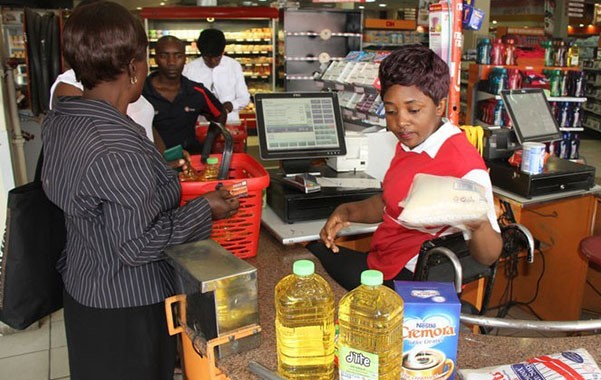 The Grain Millers Association of Zimbabwe (GMAZ) and the Confederation of Zimbabwe Retailers (CZR) yesterday said they are dispatching 150 officials countrywide to monitor pricing of basic commodities to protect consumers from being short changed.

Speaking during the signing of a Memorandum of Understanding (MoU) between the two organisations, GMAZ chairperson, Tafadzwa Musarara said they have agreed on stipulated prices for basic commodities given to retailers.

“The country is under siege regarding price increases, especially on staple foods. Since we are responsible for the production and availability of staples with the inclusion of mealie meal, we have come up with a self-regulatory mechanism of dispatching 150 personnel to different retailers countrywide for monitoring of prices,” Musarara said.

He said they needed to further ensure that there was compliance by retailers in selling commodities to consumers at stipulated prices because stipulation alone had proven to be futile.

“We realised that retailers were not sticking to the agreed upon prices of basic commodities and noticed that without monitoring these prices, the stipulation is not enough. So 150 personnel will be dispatched countrywide to assess compliance,” Musarara said.

He said failure by the retailers to adhere to stipulated prices would result in retailers being cut off from supply of the basic products.

“Where none compliance is obtained we shall ask the retailer to adjust their prices and failure to do so we will stop supplying them,” Musarara said.

CZR president, Denford Mutashu said the MoU was intended to promote self-regulation by the private sector without having to require government assistance.

He urged different players in the industry, producing any of the 14 basic commodities, to join in the self-regulation to avoid price controls

Meanwhile, GMAZ said while there was adequate maize in the country, the association will soon engage South America in the next two weeks for assistance in the supply of additional grain.

This follows a poor harvest due to an El Niño-induced drought that hit the Sadc region.

BREAKING: 76 people test positive for Coronavirus (Covid-19) as cases shoot up in Zimbabwe

'Don’t be fooled by GNU talk, what is NOW needed is the total removal...

News Muza Mpofu - 28 May 2020 0
Award-winning Zimbabwean journalist and film maker, Hopewell Chin’ono, has warned the opposition MDC against considering to form a coalition government with the ruling ZANU...

News Sekai Moyo - 27 May 2020 0
MDC-Alliance members Joana Mamombe, Cecelia Chimbiri and Netsai Marova – who are at the centre of alleged abductions, are today expected to appear in...

News Cynthia Goba - 27 May 2020 0
The Zimbabwean Republic Police (ZRP) has pressed criminal charges on the three women activists who were abducted and se_xually abused by suspected State security...
Loading...