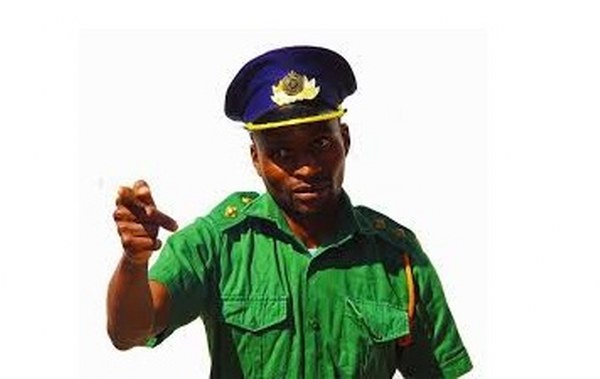 Star actor in the popular Vharazipi’s drama series, Dennis Rusoso (38) who starred as Constable Mayaya went berserk on Saturday and severely assaulted his sugar mama Marlenis Ortiz (50) at her house in Rhodene in Masvingo before destroying property worth $6 500.

The incident happened on Saturday and Rusoso was arrested soon afterwards and detained at Masvingo Central Police Station until his appearance at the local magistrates’ Court on Monday.

Magistrate Denis Mavenge convicted Rusoso on the two counts of assault and malicious damage to property that he faced. He was ordered to pay $100 fine and restitution of $6 500 for the property or go to jail for six months.

Rusoso pleaded guilty and asked for a lenient sentence. He said he was confident that even Ortiz would not want him to go to prison.

Although Rusoso accused Ortiz of infecting him with HIV virus, the court was told that the matter started when Rusoso sent a whatsapp message to Ortiz’s daughter saying that she was beautiful.

The girl showed the message to her mother but Rusoso reacted angrily when Ortiz confronted him. It is then that he accused Ortiz of infecting him with the HIV virus.

The daughter then showed Ortiz the message who then confronted Rusoso and told him to stop doing so. This did not go down well with Rusoso who dragged Ortiz by the collar, scratching her once on the chest. He picked a brick and hit her on her left leg.

Rusoso followed Ortiz outside the house and accused her of infecting her with the HIV virus. He then picked a garden fork and further assaulted Ortiz once on the left hand.

On count two, Rusoso went inside the house where he damaged two table glasses, eight window panes, one big flower vase and a refrigerator using bricks.

Rusoso has been together staying with Ortiz since 2011 in Rhodene.