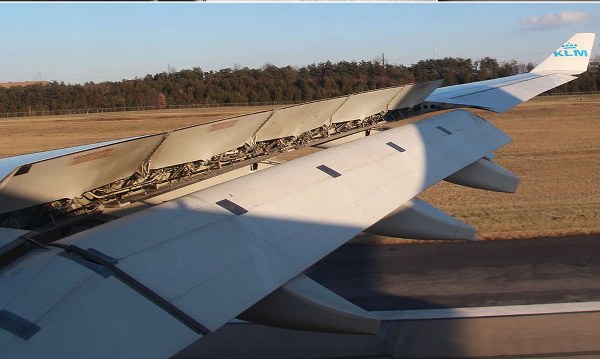 A KLM cargo plane making its final approach to land at the Robert Mugabe International Airport declared an emergency on Monday after losing part of its wing over Chitungwiza, the airline confirmed.

A KLM spokesman told ZimLive the aircraft had landed safely and no-one was hurt.

“On Monday, when deploying the landing at Harare, a KLM Cargo aircraft lost part of a flap of its wing. The crew of the cargo aircraft was able to land the airplane safely. The loose part was found just outside Harare and, as far as we know, has not caused any damage,” KLM said in an emailed response to questions from ZimLive.

The airline said “everything has been put in place to investigate how this part got separated from the airplane.”

Residents of Chitungwiza, 30km out of Harare, picked up the detached flap, which has been handed over to investigators.

Flaps are movable panels on the trailing edge or back of the wing used to increase lift at lower speeds, to stop the plane from stalling. They are used during take-off and landing.

KLM, owned by the Royal Dutch Airlines, flies a cargo service from Europe four times weekly into Zimbabwe. The aircraft involved in this incident is a Boeing 747-400 ERF.