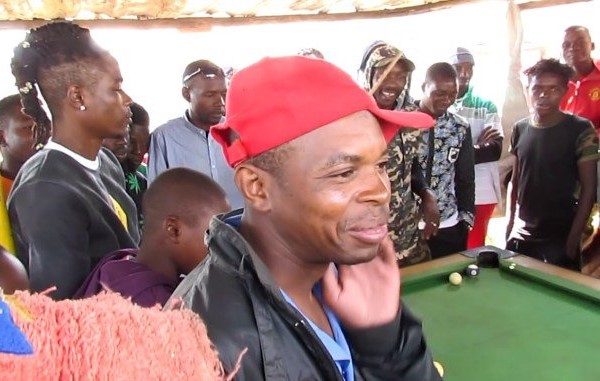 POPULAR comedian Charles “Marabha” Merisi has dismissed death rumours circulating on social media since he was only critically injured after being mugged.

In an interview with H-Metro, he revealed that he was mugged by robbers who followed him after they made good sales of their drama CDs in Chinhoyi a month ago.

Marabha said his critical condition fuelled death rumours, prompting many to be convinced he had died.

“I had to come in person to prove that I am still alive and looking forward to pick up from where I left before I was attacked by those robbers.

“Those rumours where spread by people who are seeking the attention of the public and zvinondidzosera kumashure while I am trying to move forward with my career.

“After doing our sales with Bhabhalazi we got a lot of cash and it seems the robbers were following us from behind when we were selling our CDs until we were on our way back,” said Marabha.

“I’m glad that the robbers were caught and arrested.

“I want people to know that the attack I faced is not a setback since it just made me stronger and more aware”.

Bhabhalazi explained the storyline of the drama which was promoted by the general knowledge on the duties of a guardian angel which is to protect and give direction when people are losing their way.

“We believe the drama will have positive response from our fans and we hope it will be a popular drama for this year.

“Our fans should know that we were unavailable all along since we were working on the drama and we believe this drama to be a big resurfacing move,” commented Bhabhalazi.

Meanwhile, Marabha has apologised to President Emmerson Mnangagwa for threatening to bash him if he remained in power until 2030

The comedian was once recorded in a clip saying if ED was still in power by 2030 he was going to personally bash him.

However, Marabha stated that he would never threaten the head of state like that and it was just a joke that went too far.

US$200 allowance for workers

News Muza Mpofu - 1 February 2023 0
DESPITE having many financial and operational challenges, the National Railways of Zimbabwe (NRZ) has introduced a US$200 allowance for employees, on top of their...

More trouble for man who ordered food worth $364 500 at restaurant and disappeared...

I can’t stop having lulɑ lulɑ with my garden boy, he’s extremely good in...

JUST IN: Another man arrested after bashing father to death in cold blood

News Muza Mpofu - 1 February 2023 0
A MASVINGO man has been arrested for allegedly killing his father in cold blood over yet unknown reasons. Arifas Chingwe (23) reportedly assaulted his father...

News Cynthia Goba - 1 February 2023 0
A 37-YEAR-OLD man from Lobengula in Bulawayo has been slapped with a 15-year jail term for repeatedly rɑp!ng his five-year-old daughter. The man, who could...

News Edmore Huni - 1 February 2023 0
A MAN from Makau village in Seke has appeared in court for allegedly rɑp!ng a 15-year-old girl whom he later offered US$1 to conceal...

I helped Greatman get a wheelchair but he didn’t thank me, he insulted me...

News Edmore Huni - 1 February 2023 0
COMEDIENNE Felistas “Mai TT’ Murata has decided to stop giving back to the community resulting in the backlash she has been getting on social...