The Zimbabwe National Army has announced that members of the South African Defence Forces have landed into the country to assist in the reconstruction of the Chimanimani road after the unfortunate Cyclone Idai that hit the country.

In a statement released on Tuesday ZNA said, “South Africa has honoured its pledge to assist in the reconstruction of the destroyed road in Chimanimani after the devastating Cyclone Idai disaster.

ZNA said the engineers will be available till the project is finished. 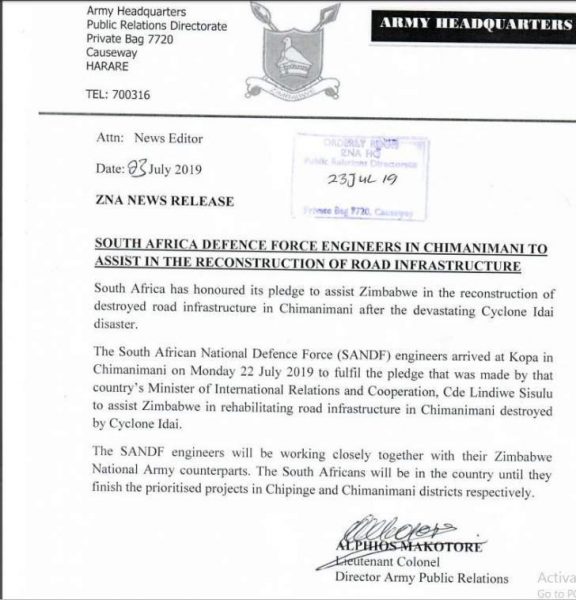