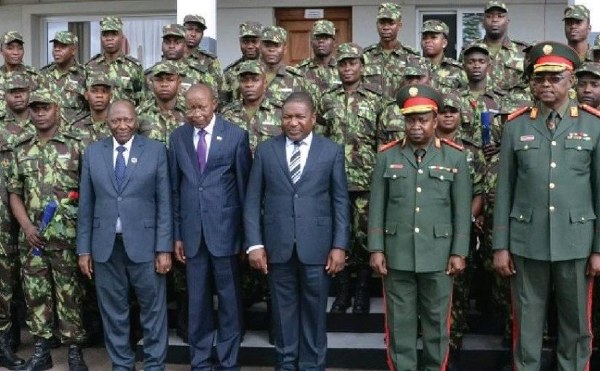 ECONOMIC relations between Zimbabwe and Mozambique seem to be heading for the rocks after President Emmerson Mnangagwa’s administration banned various products from the neighbouring country including beer lines.

Reports from Zimbabwe’s eastern neighbour quote that country’s Minister of Trade and Commerce, Ragendra de Sousa as having told Mnangagwa that the ban could be met with retaliatory measures from President Philipe Nyusi’s government.

Zimbabwe heavily relies on Mozambique for access to the sea from which fuel and other votal commodities are collected.

De Sousa reportedly told Mozambican industrialists during a business sector reflection seminar in Maputo on Monday that Zimbabwe had created administrative difficulties and was preventing Mozambican companies from exporting their products in blatant disregard of the Sadc Free Trade Protocol.

“I said Mr President (Mnangagwa), you know that my border colleague is going to get malaria and won’t open the border for three days,’ and he got the message,” the Mozambican Minister reportedly said.

Mnangagwa was in Mozambique last month for the Africa-US Business Summit and took the chance to talk to Nyusi over possible power supplies.

De Sousa according to reports said Mozambique could “use” its strategic location to choke Zimbabwe.

“We have this weapon, which is our geographical location. One of these days, that colleague of mine at the border will catch malaria and not open the border for three days,” threatened De Sousa.

He gave an example of how a few years ago, Mozambique had reacted by closing the Malawi-Mozambique border after authorities in its northern neighbour banned soft drinks from his country over claims they contained excess chemicals.

“When nothing seemed to work, my countrymen (immigration and customs officials at the Mozambique–Malawi border) forgot to open the border for two hours, immediately after which it was raining phone calls and delegations,” De Sousa said.

He said the ban was immediately lifted in 2017.

“Mozambique has this weapon, which is our geographical location. If they stick to the strategy of not using the law and using mechanisms, we will do the same,” warned the minister.

Landlocked Zimbabwe uses the Port of Beira in Mozambique to import and export most a majority of its products including fuel and machinery.