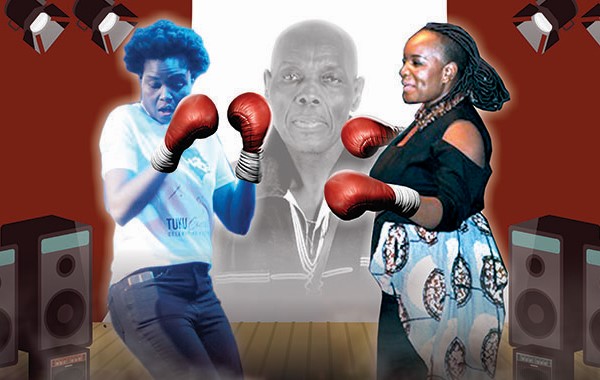 ONE father, one legacy, one band (now split into two) — this is a classic case of yoked cattle pulling in different directions.

Daughters of the late music icon Dr Oliver “Tuku” Mtukudzi — Selmor and Samantha — find themselves in this situation.

It is unprecedented in Zimbabwe.

For the first time in local showbiz, at least as far memory serves, Zimbabwe has siblings directly battling for their father’s musical throne.

Selmor and Samantha now lead different sets of the Black Spirits following the demise of the founder on January 23 this year.

Black Spirits is a team of instrumentalists and vocalists previously led by the late national hero, Tuku. In its over 40 years of existence, it employed tens, if not hundreds of artistes.

Having two Black Spirits camps has further strained relations between the two sisters and their respective backers. It has also split the music industry.

Promoters, musicians as well as Black Spirits’ fans are now divided between Selmor and Samantha.

“You need to be careful when you get a call to support the Black Spirits. There is Black Spirits-G and Black Spirits-H. The ‘G’ is for Gogo Daisy, Samantha’s mother, while ‘H’ is for Selmor’s group, meaning Harare. It refers to her apparent massive support base in the capital,” revealed one artiste who declined to be named.

There was drama at Dr Tuku’s tribute concert as Samantha and her step-sisters Selmor and Sandra were literally dodging each other backstage.

The concert, which was held at Belgravia Sports Club in Harare, was organised by the Ministry of Youth, Sport, Arts and Recreation in partnership with the National Arts Council of Zimbabwe.

The event had surly incidences that were too glaring to ignore.

Where the sisters “accidentally” met backstage, they hardly spent time talking. It was tense!

The situation moved to another level when the two sets of the Black Spirits performed on different time slots.

Samantha got the first dance. Her Black Spirits is made up of youthful artistes that worked with Dr Tuku during his last days — a team that was more of a session band.

By any measure, both groups did justice to the live play of the late singer’s beat.

However, revellers still felt the need to torment Daisy’s daughter by chanting Selmor’s name as soon as she started singing the first line of her opening track.

The rowdy ones even attempted to throw missiles.

This was probably a déjà vu moment for Samantha. An almost similar occurrence recently transpired at the Dr Tuku Tribute Concert and Golf Tournament in Nyanga.

Samantha had a torrid time on stage as she failed to rise to the occasion. She was only bailed out by Alexio, Tocky Vibes and Ashton “Mbeu” Nyahora when they intermittently joined her on stage.

Back to the Belgravia gig

Off the stage, Faith Kadzura, Daisy’s other daughter, who is Samantha’s step-sister, was manning a stand selling Dr Tuku’s branded merchandise. Faith was at the show from the onset.

However, she seemed to give a thumbs down to Selmor’s set as she dismantled the stand and varnished from the venue soon after Samantha’s act. This was despite the fact that the show still had a couple of hours to go before folding.

Holders of this school of thought reckon that Samantha is more of a backing vocalist than a natural lead singer. In most gigs, Samantha’s backing vocalist, Fiona Gwena, Mbeu or Alexio take charge of lead vocals.

But Mbeu has provided cover in most high-profile shows, including those held in South Africa and Mozambique. However, the rising star appears to be distancing himself from Samantha’s Black Spirits as he is still concentrating on building his own brand — The Mhodzi Tribe.

For instance at the Harare tribute gig, he also had to support the Mozambican star Sekuma, who came without a full band. The two are also working on a single due for release anytime soon.

The battle of the two Black Spirits creates a unique war front in showbiz.

Or Peter Moyo and Obert Tongai Moyo Jnr running separate Utakataka Express brands. Obert once tried to take that route but later abandoned the idea. He ended up rebranding his ensemble to “Utakataka — Rise of the Machine”.

The same goes for Leonard Dembo’s sons Tendai and Morgan. They have differences but there is one Barura Express, which is fronted by the young brother, Tendai.

Dendera wars featuring Suluman, Tryson and Douglas Chimbetu are a bit understandable considering that they are cousins and sons to brothers Simon, Naison and Allan Chimbetu respectively.