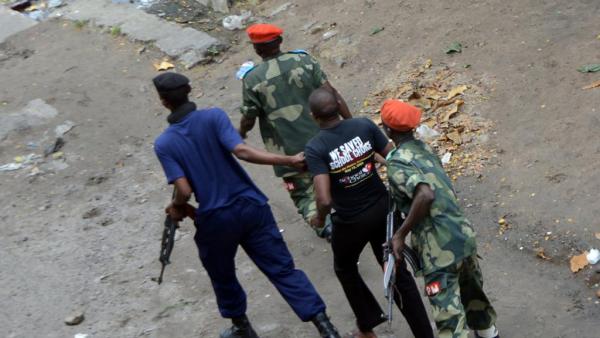 A Zimbabwean and a South African working for Canadian gold mining firm Banro have been kidnapped in DR Congo’s restive east, an army spokesperson said.

The incident occurred on Friday morning in the province of South Kivu which borders the neighbouring countries of Rwanda and Burundi.

“The Banro officials were ambushed by armed bandits on Friday at 10:30 (08:30 GMT) between Salamabila and Kitindi in the Maniema region,” Captain Dieudonne Kasereka, regional army spokesperson, told AFP, adding that it was in an area where rebel militias operated.

“Some sources speak of four officials kidnapped but the report we have is that a South African and a Zimbabwean were kidnapped by rebels active in the region,” he said.

“The army has been hunting for them since yesterday,” he said, adding that their vehicle had been burnt by the kidnappers.

A Frenchman working for Banro was kidnapped in May last year but later freed.

New York and Toronto-listed Banro’s two gold mines in the Democratic Republic of Congo’s east have been plagued both by illegal miners and armed groups operating in the region.

A Banro official confirmed the kidnapping without giving any details.

The company stopped operations in a third mine in 2017 after a deadly attack.