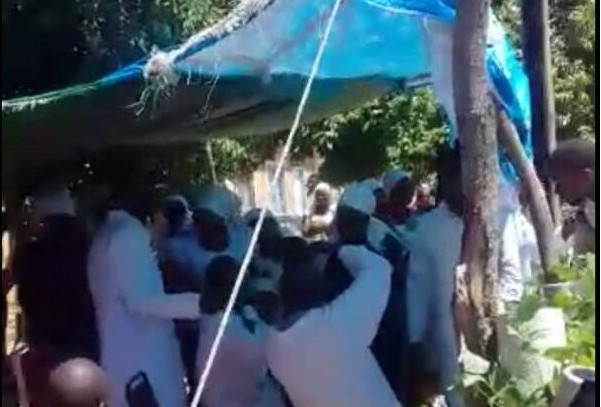 A Buhera man could not stomach a prophecy that his wife was having adulterous affairs.

Instead of dealing with the revelation, Chance Materera (39) of Materera Village under Chief Nyashanu attacked the man of the cloth who had made the prophecy and bit off a chunk of his nose and spit it on the ground.

It is the State case that on July 12, 2019 at 5am at Materere Village the accused and the complainant had an argument while they were at a church service. The accused bitterly complained against the complainant’s prophecy in which he said the former’s wife was adulterous.

Materere confirmed in court that he indeed bit off the prophet’s nose and spit it on the ground.

Magistrate Dennis Mangosi who presided over the case sentenced him to 3 months in jail or pay a ZWL $70 fine.