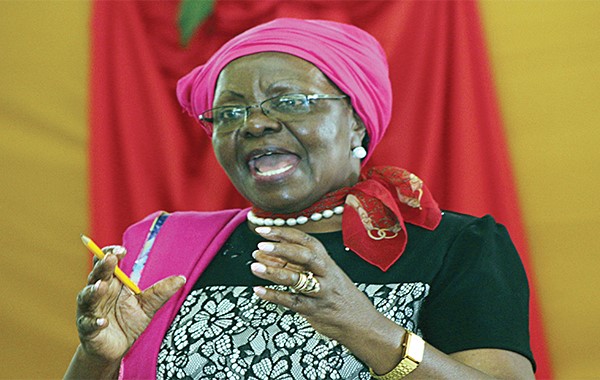 A CABINET Minister has slammed some church leaders for milking their congregants to poverty through cash demands.

The Minister said this while officially opening Wolanani Supermarket and Wolanani Manufacturing in Mbembesi, Matabeleland North.

The supermarket and the manufacturing centre is run by community members after getting sponsorship from the Apostolic Faith and Action Church whose aim is to capacitate local women and youths in self-help projects which include manufacturing products such as soap, juices and candles among others in what they call rural industrialisation.

The community members are also involved in poultry projects and Dr Nyoni donated 1 000 chicks towards their endeavours.

She said churches should emulate the apostolic church which does not only preach about the gospel but is also directly involved in practical works to end poverty in areas where it is operating from.

“There are those churches which come to communities to wipe off money. Many churches are created to make wealth for themselves and not for God and the people.

“That is a fact. Some of the church leaders are filthy rich and have even contracted body guards; even their wives have body guards. If you are a believer your body guard should be Jesus and angels. But some of these churches, their leaders are there to enrich themselves,” said Dr Nyoni.

“We are happy to have such a church, a church which understands that poverty is an integrated sin. Poverty should never be accepted by any Christian and you don’t do away with poverty by taking money from the poor and lining your pockets.

“But you can do away with poverty by engaging in development projects. Some of the churches just want to milk communities dry without giving back anything.”

She said when Apostolic Faith and Action Church leaders approached her, she was reluctant to entertain them because of her knowledge of the behaviour of prosperity churches.

However, Dr Nyoni said she was humbled by the development orientation of the church whose works are in line with Government’s developmental agenda.

“You must know that President Mnangagwa is working extremely hard to transform the economy. What is happening right now is like labour pains, for a moment it will be difficult but just after the child is born everything will change for the best. We are about to give birth to an authentic Zimbabwean economy,” she said.

“God created his people to have dominion over the earth. Today our Government has come to witness the forging of a better life for our people through rural industrialisation. Our people are being taught new skills on soap, petroleum jelly, cold drink and candle making.

“These skills will play a pivotal role in the empowerment of women and youths. Through them our people will be able to live a better life and we hope they will benefit from projects that your Ministry is rolling out,” said Dr Mytida.