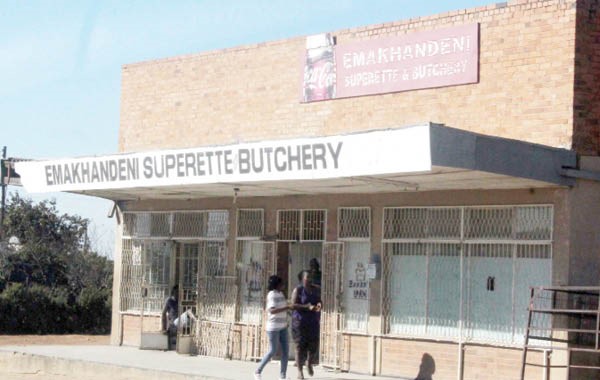 STAFFERS and customers at a shop in Emakhandeni suburb were left wondering if human waste, faeces and urine, could be “remotely” deposited in a supermarket when they were suddenly confronted with a foul smell of human excreta “dumped” in the middle of a grocery shop.

The bizarre incident first happened last Sunday when customers buying food to prepare evening meals alerted shop attendants that the place was suddenly reeking with the stench of human excreta.

The following morning, in a bottle store next to the shop but housed in the same building, a barman was again met with a foul smell of human waste after opening the premises in the morning.

Nothing was missing in the bottle store as all the alcohol, cigarettes and soft drinks were accounted for.

“The first time it happened, the shop was full of customers in the evening when suddenly there was a foul smell and one of the customers pointed to human excreta and urine in the middle of the shop.

“There is no way anyone could have relieved themselves in the shop without being noticed because even if there was no electricity on that particular day, the grocery shop was powered by a generator and the whole place was brightly lit,” said Mandla Khumalo, a barman.

It was the first time the mysterious incident has happened at the supermarket, and as bizarre as it was, the human excreta was thrown out and the spot cleaned, according to Khumalo.

Little did they know that it would not be the last time for the place to be turned into a “toilet”.

“After the first incident we locked the shop and bottle store at closing time as usual but the next morning when I opened the bottle store, again there was a stool.

“At first I assumed someone had broken in at night but after checking our stock nothing was missing and all the burglar bars and locks were still intact,” said Khumalo.

After notifying his bosses of the second deposit of human excreta, in the bottle store, the barman was ordered not to throw away the waste but cover it up with a box until further instructions.

He, however, would not say what transpired when his bosses arrived.

“People are coming up with different theories ranging from witchcraft to goblins but who knows?”

“What I know is that this is the first most of us that work here have ever seen anything like this,” he said.

Earlier this year, the same shop is one of the few in Bulawayo that was left intact when demonstrators went on the rampage breaking into shops and looting anything of value.