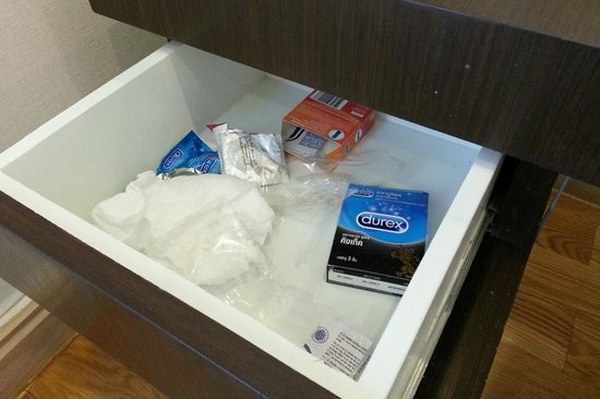 Acquired Immuno Deficiency Syndrome (Aids) was ignited like a small fire in the early 1980s when the first rumours filtered into Zimbabwe of a deadly illness that sapped its victims to the bone.

Since then, the scourge has grown into a raging inferno that has enveloped the entire country, leaving in its wake a trail of gloom and doom, characterised by premature deaths, widowed husbands, wives and hordes of orphaned children.

When children lose one or both parents, they face a childhood of pain, sorrow and peril. Their suffering begins with the trauma, grief and horror of watching their parents waste away. Later, the children suffer prejudice, neglect and abuse at the hands of their guardians and the community itself.

It has been reported that orphaned children have alarmingly high rates of malnutrition and illiteracy. Often the community ostracises them, presuming that they too are infected with the virus that caused the death of their parents.

However, it is quite disconcerting to note that despite the existence of such laws children continue to be abused daily. A recent survey by the United Nations Population Fund reveals that 31 percent of the country’s girls under the age of 18 were in forced marriages with 15 percent of them getting married at the age of 15.

The majority of these girls were pushed into early marriages by poverty, cultural norms and various other social, economic and religious practices. Our own tradition relegates women to second-class citizens, who are to be used rather than loved and worked rather than cared for.

Resultantly, the generality of women in the country have no voice, no rights and have little chance to improve their situation. A United Nations publication, The World’s Women 1995 says too often women and men live in different worlds –worlds that differ in access to education, and work opportunities, and in health, personal security and leisure time.

All the mental and physical labour which women channel into sustaining the family and reproducing society is just taken for granted in a society where men gain a level of autonomy by selling their own labour.

The advent of anti-retroviral drugs has left many people with the illusion that the worst of the HIV/Aids pandemic has passed. Nothing could be further from reality. The battle against the killer disease has fired the imagination of governments worldwide and mobilised their will as few other cases have ever done, producing one of the greatest mass efforts in contemporary history.

But alas, a cure for the disease remains elusive to this day. The ability of the HIV germ to mutate and establish secret reservoirs in the human body has made it very difficult, nay impossible, for scientists to pin it down and destroy it.

Today, mankind is groping around in the mist of confusion and utter consternation in the face of the rapidly growing HIV/Aids pandemic.

This fear and confusion stems primarily from two factors-that a cure for HIV/Aids may never be found and that the medical fraternity may not be knowledgeable of all the modes of transmission of the fatal virus.

While these apprehensions are not without justification, it certainly would be preposterous, and indeed objectionable, to negate the fact that scientists have, over the years, made significant progress in learning the major ways by which HIV is disseminated.

Scientific studies have proved that HIV, unlike other organisms that cause disease, is not easily spread. This observation is vindicated by the fact that there are no demonstrated cases of transmission through casual, social or work contact, although appropriate precautions should always be exercised when closely dealing with people afflicted with HIV/Aids.

The HIV/Aids campaign in Zimbabwe has for donkey years promulgated the gospel of condom use in an effort to halt the spread of the disease. A legion of sympathisers has over the years jumped on the campaigners’ bandwagon and today one can hear the growing chorus of their voices vibrating in one’s ears-voices clamouring for condoms to be made available to everyone, including even school-going children. What a shocking paradox!

It was reported recently that a new range of scented and coloured condoms have hit the market. Dubbed “The New Man in Town”, the new Protector Plus condoms, which were unveiled to traders and other interested groups at the Rainbow Towers in Harare on August 20 are said to be compact, discreet and fashionable. The million-dollar question is, “Do condoms stop infection by HIV?”

It is an accepted fact that condoms have gained a measure of success in preventing pregnancy and infection by certain types of sexually transmitted diseases like syphilis and gonorrhea for instance, which are caused by spirochete and gonococcus germs respectively.

However, recent research conducted in the USA has proved that condoms cannot stop infection by the HIV bug 100 percent. According to these researches, the HIV germ, which is 1/25th the width of a sperm, can easily slip through even the smallest gaps in condoms. In light of this, those who engage in sexual debauchery thinking condoms will protect them actually risk being infected by HIV.