A Chinese government owned financial institution, China Everbright Bank, one of its largest investment arms across Europe and Africa, has placed Zimbabwe on a list of countries it will not be dealing with.

In a communique, a copy of which is in NewZimbabwe possession, China Everbright Bank indicates that Zimbabwe will not be able to conduct business on any of its platforms even through counter party countries on its behalf.

Like his predecessor Robert Mugabe, President Emmerson Mnangagwa consistently claims Zimbabwe and the Asian economic behemoth are “all weather friends”.

China Everbright Bank is one of twelve Chinese joint-stock commercial banks. It was ranked 139th in 2016 Forbes Global 2000 publicly held companies and one of its sister companies is Everbright Securities ranked 862th in the world.

The list titled, ‘Unilateral Sanctions’ is a notice to bank officials and places Zimbabwe under similar regulations it is fleeing from Western financial institutions.

Efforts to get a comment from Foreign Affairs Minister Sibusiso Moyo or secretary James Manzou were fruitless as their mobile phones were both unreachable.

Along with Zimbabwe, 10 other African countries are on the blacklist and these include Sudan, South Sudan, DRC, Burundi, Liberia, Central Africa Republic (CAR), Libya, Somalia and Ivory Coast. The list also has countries like war-torn Syria, Iraq, Iran, Yemen, Venezuela and Serbia.

China Everbright Bank is now ranked 39th in the top 1000 banks of the world with over a thousand branches in the Asian giant’s 30 provinces and Europe.

Zimbabwe, then under Mugabe, was slapped with economic sanctions after the country embarked on farm seizures at the turn of the century that the then Zanu PF leader were meant to redress colonial land imbalances.

However, his critics argued the land expropriations without compensations were a political gimmick by Mugabe to retain power following the emergence of a strong opposition in the form of the MDC.

Mnangagwa has declared the land reform programme, as it has become known, is irreversible while Western powers argue this shows a lack of respect for property rights. Mugabe was also accused of electoral fraud.

Mnangagwa is battling to persuade the US in particular to repeal the Zimbabwe Democracy and Economic Recovery Act (Zdera) that has effectively scared most global financial lenders to keep the country at arm’s length for fear of reprisals from the US. 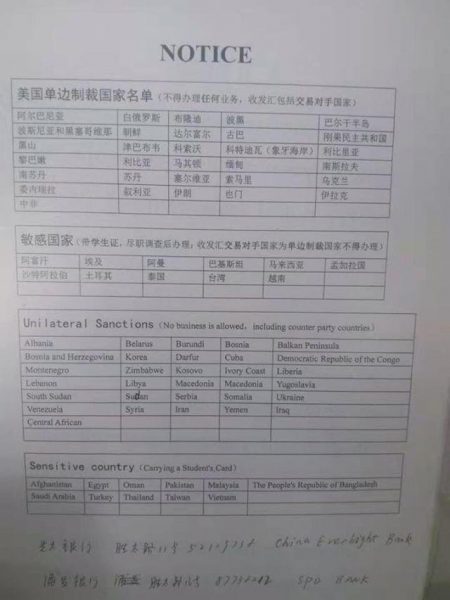 News Cynthia Goba - 26 January 2023 0
GOVERNMENT has lifted the suspension of the operator’s licence for Tashlly Investment, trading as Zebra Kiss following comprehensive measures put in place by the...

News Muza Mpofu - 26 January 2023 0
NO MOTHER could watch this two-minute video without becoming enraged. The video taken by the nɑʞǝd mum herself, shows her forcing her s0n to hɑve...

News Muza Mpofu - 26 January 2023 0
KEDIBONE Moloi (42) had been looking for a job for a long time, and early last month her luck seemed to change. But her hopes...

News Muza Mpofu - 26 January 2023 0
POLICE have launched a manhunt for a Gokwe man who is on the run after he allegedly imprǝgnatǝd his 15-year-old niece. The suspect, whose name...

Man drops black bag and attempts to flee after he met 2 officers near...

News Sekai Moyo - 26 January 2023 0
A MBARE man was on Wednesday slapped with a five-year jail sentence for picking up a disused railway metal along a railway line in...

JUST IN: Businessman who stabbed 7 people to death with spear and rɑpǝd uncle’s...

News Muza Mpofu - 26 January 2023 0
A BUSINESSMAN who killed seven people in a knife and spear rampage in Redcliff in 2021 was acquitted of murder charges after the High...

News Cynthia Goba - 26 January 2023 0
THE trial of CCC Deputy Chairman Job Sikhala on charges of obstructing police investigations into the murder of Moreblessing Ali, and the violence that...

High drama as husband and wife exchange blows outside court

News Cynthia Goba - 26 January 2023 0
A CANADA-BASED Anglican priest has come under-fire after he was exposed for allegedly plotting to kill his ex-wife in a dispute over custody of...