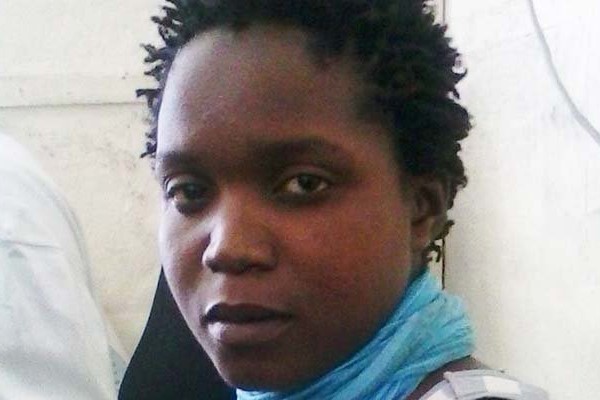 OF the hundreds of songs that her father composed, Memory Mtukudzi’s favourite track from the iconic musician is Hazvireve.

It is easy why Memory would choose this as the one closest to her heart. It is the one joint that speaks to her, the one track that feels like a six-minute summary of her life. Over an intoxicating mix of neatly arranged instruments, the late Oliver Tuku Mtukudzi tells the story of a regretful man calmly telling his child that his absence from their life does not mean he did not love them.

When Memory told Sunday Life this, she had a distant look in her eyes and she did not bother to further explain her choice. There was no need to. Her face was explanation enough.

With that short answer, what was an emotional interview was over. For the Sunday Life news crew, that answer was the end of a search that had many starts and stops.

In 2015, Memory emerged and claimed that the iconic Mtukudzi was her father. She insisted that she was not the gown-up result of a one-night stand, revealing that the relationship between her father and mother only ended when she was five years old. Her mother, Barbara Siziba, passed away when Memory was eight years old.

Mtukudzi never denied her claims and according to Memory, their relationship had normalised by the time he passed away earlier this year. Since his death however, she had been elusive. Three months ago a Sunday Life crew went in search of her over several days at Bulawayo’s Mzilikazi suburb where neighbours said she had since moved house. They did not know her new place of residence.

Some said that she must have changed names because they had known her by another when she was growing up. She could not be contacted through her old numbers with the assumption being that she did not have a phone. With that, the trail had grown cold. When Sunday Life finally tracked her down last week, she said her phone had been smashed by her husband in a fit of rage.

Along Khami Road, there’s a café that always seems to attract more flies than customers. With very loud blaring in the background, Memory took us through her troubled life and relationship with Tuku, a man she had learnt to love from afar.

Memory said that despite their problems in the past, she had somewhat resolved things with her late father. After a dramatic confrontation with him outside a show at the ZITF at the end of 2017, he had sent emissaries to cool his daughter’s temper. This was after he had seemed to once again lose interest in her life after they had initially established contact in 2015.

“That other time when we came from Mberengwa in 2015 Tuku came here to Bulawayo. At that time Sam Mataure was still his manager and everything was not really going well. We didn’t greet each other and then he came this other time to perform at the Trade Fair. That was when there was that great scandal.

“At the time he told me that he couldn’t talk to me at work and he could only do so at home. I told him that we can’t work things at home because some people did not want me there. He insisted that he would see me at home. After some time he sent people. He sent two men and I told them that my life has never been good since my mother passed, in fact life had not been good ever since he left my mother,” she said.

By the time he passed on, Memory said that her relationship with Tuku had stabilised.

“We got along fine but the only problem was the person who had power in his life. But whenever I needed help he was there for me. If he was in Bulawayo and I told him that the children had not paid their school fees he would pay it and if I needed anything he would give me money for it. We only had problems when I got pregnant. He didn’t approve of my husband,” she said.

After they had mended their relationship, Memory said Tuku had lived up to his promise of making up for lost time, and had purchased a stand for her by the time he passed on.

“He gave my mother’s sister money to buy me a stand in Cowdray Park. The house has so far been built to window level,” she said.

Things came to a head earlier this year when Memory went to attend her father’s funeral. Unwanted and shunned, she was on the receiving end of abuse by some relatives.

“When he passed on it was a Wednesday. So I went to Harare on a Thursday and when I got there a lot of people had already gathered. I couldn’t find anyone willing to welcome me. So I was taken to a private room and that’s when they asked if I’m memory from Bulawayo and I said yes I was.

“The person that caused me the most pain during the funeral called me when I was sitting outside with other mourners and said Memo you now want to be known by people after you had been abusing my nephew when he was alive, I can make sure that you don’t even go to the body viewing ceremony or even be there when he is buried. I didn’t reply her. She said I should behave myself because they didn’t want children from the bush,” she said.

After being told that she might not be allowed to bury her father, Memory had to think on her feet as she realised that she would not be able to bid her father farewell if she wallowed in sadness.

“When I went outside the other aunts asked me why I was crying and I told them that there was someone that was bothering me saying that I will not be able to bury my father. That woman had shouted at me and said they don’t want children of prostitutes at the funeral. That’s when there came some buses that were taking people from Pakare Paye to the stadium.

“I saw that they were people that were climbing on top so I realised that if I didn’t do that I wouldn’t be able to bid him farewell. I finally got where relatives and high class people were seated and I managed to see my father. When I went to his home during the funeral it was my first time inside that house. It was my first time to be welcomed by the aunts and other relatives,” she said.

After the funeral speculation was rife, as many wondered who would get what from Tuku’s estate. As one of the alleged five illegitimate children she counted at the funeral, Memory only took a shirt and a straw hat from his many belongings.

“I was there when people were giving out his clothes and they said his children should come and get his stuff. Some people were putting stuff in bags and Selmor was there too and I said I wasn’t interested in the clothes but she said I needed to get something and that’s when I took one shirt and put it in my bag. Then my son said that he wanted his straw hat and that’s when I got up and went to get it as well.

“Afterwards the most senior aunts got up and said that since my father was a travelling man, he had children that were not yet known to the family and so they needed to be welcomed home. Then another aunt got up to complained and said that they couldn’t just accept everyone who walked through the door claiming to be a part of the family. I counted four of us. I remember Felix, Clive and Kelvin. They are from different areas but I was the one that was a bit known,” she said.

Memory said that her life had already seen a lot of hardship. It is a tragedy that her first born son, who she had when she was 15, seems to be troubled by as he grows older.

“My first born son is 14 years old and he is grown and sometimes he would sit me down and say mama how long are you going to continue living this kind of life?,” she said.

The 29 year-old hinted that she had also grown disillusioned with marriage, as she sometimes felt that it compounded her problems in life.

“I’m talented in traditional dance but my husband doesn’t want me to do any of that stuff. Sometimes I struggle to understand what kind of a man he is. There was a time that I wanted to go to Harare and I didn’t have money so I boiled eggs and sold them the whole day then he took that money and went off with it. So the life that I lead is extremely hard but there’s nothing that I can do,” she said.

News Tanya Mugabe - 28 July 2021 0
Opposition MDC-T led by Senator Douglas Mwonzora has been expelled from the MDC Alliance that was formed in 2017 against President Emmerson Mnangagwa’s Zanu...
Loading...