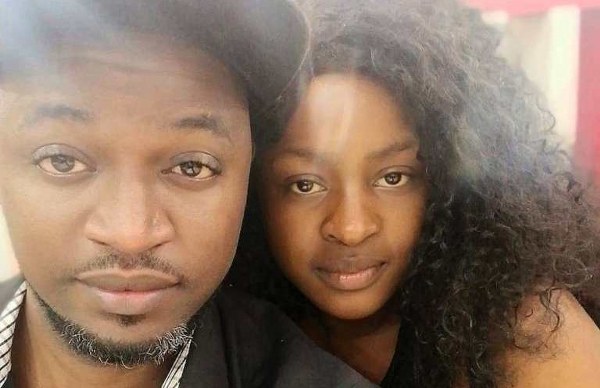 Comedienne Felistas “Mai Titi” Edwards has advised the Ndinyengeiwo video maker Lorraine Guyo on how to balance relationships and career after her fall out with ex-boyfriend Thomas Chizhanje.

Mai Titi offered advice after Lorraine had posted on social media that Chizhanje had used her, broke her virginity and took her money.

The comedienne said she wants to beat up Lorraine if she was really a virgin and loose enough to sleep with Chizhanje, a boyfriend she met on Facebook.

In an interview with H-Metro, Mai Titi said Lorraine must focus on her career and stop dating Facebook characters who are not real and to stay away from relationships if she cannot handle them.

“These Facebook guys are not real. They only want to use you.

“She must learn from Tytan and Olinda who also found each other on Facebook.

“And when I said I want to beat her I didn’t mean it. I was trying to show how angry I am because I once warned her,” said Mai Titi.

She also said she sees Lorraine as her child but she has not learnt from her mother.

“Lorraine is more like my first born but she doesn’t copy from me.

“I think she is old, she can’t say I was used and claim that her virginity was taken away.

“She also cannot claim money or materials they shared while in a relationship because it was out of love,” she said.

Mai Titi also said the relationship that existed between the two was not real since it started on social media.

“I think this greedy pig took advantage of the ndinyengeiwo clip and the comment Lorraine made on Facebook when she said Thomas is handsome, actually it lured Thomas,” she said.

“I was shocked when Lorraine told me that Thomas was now her manager.

“I just said this is the beginning of an end.

“She must not cry foul because she mixed pleasure and business.”

Mai Titi said Lorraine should not take advantage of being an orphan to seek sympathy.

“She is saying I am an orphan, when she fell in love she never considered it.

“I am single but when I talk, people think I am being jealous,” she said.