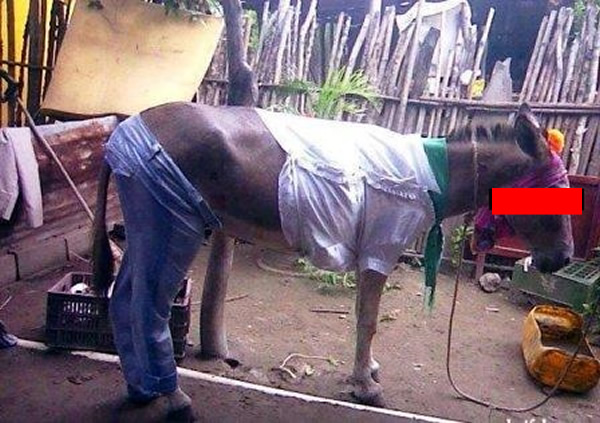 A man from Jotsholo in Matabeleland North province had to run for his dear life in his t-shirt only after he was allegedly caught bonking a donkey in a bushy area.

The incident which has become a subject of discussion in Manganganga village happened recently at around 4.30pm.

A court heard that Norman Moyo (25) tied a donkey to a tree and pleasured himself on it. But his luck ran out while he was still bonking it.

The owner of the donkey, Dingani Ndlovu (43), reportedly caught him red -handed. It is said when Ndlovu tried to grab Moyo who had lowered his trousers to knee level Moyo managed to escape, leaving his trousers at the scene.

It is said Ndlovu pursued him and caught up with him at a villager’s homestead.

Ndlovu reported the matter to the police leading to Moyo’s arrest.

Ndlovu was found guilty and was sentenced to six months in jail. However, two months were suspended on condition that he does not commit a similar offence within a period of five years.