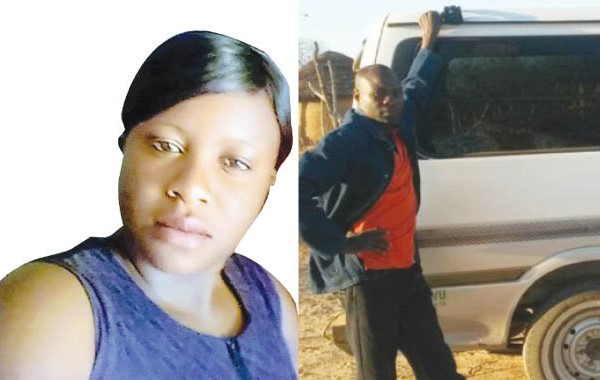 A GWANDA businessman – who last year was thoroughly bashed by a group of angry young men accusing him of sleeping with their wives – is at it again after he allegedly snatched another man’s wife and coerced her to dump her marital home.

She has since moved back to her parents’ home in rural Gwanda and sometimes allegedly co-habits with her businessman lover in Gwanda town in a rented house.

Elias Manyathela – a transport operator with a number of commuter omnibuses plying the Makwe-Gwanda route – allegedly snatched Mabutho Ncube’s customary wife Precious Ndlovu and a few weeks into the affair, the woman ditched her matrimonial home.

Ncube is said to have gotten wind of his significant other’s philandering ways when he was contacted by Manyathela’ wife informing him that the two were lovers.

“Imagine discovering that your wife is cheating on you after getting a call from her lover’s wife. That’s how Mabutho got to know about the affair. Manyathela’s wife phoned and said wena tshela umfazi wakho atshiyane lendoda yami (tell your wife to stay away from my husband),” said a source close to the drama.

In November last year, B-Metro reported how the businessman Manyathela barely made it alive when a group of young men beat him for allegedly sleeping with their wives.

At that time Manyathela was accused of wooing the married women by offering them free rides in his kombis.

Some of the men threatened to have Manyathela’s kombis banned from plying the Makwe-Gwanda route.

The woman at the centre of the controversy Ndlovu accused B-Metro of working in cahoots with Manyathela’s enemies and demanded that the publication stays out their business.

In the latest allegations, Manyathela said his detractors were fuelling the rumours to tarnish his image and instigate another possible beating from disgruntled men from Makwe Village.

“I have no idea what you are talking about. People will always say bad things about me to enrage the people of Makwe village so that my business is affected,” he said.

The man whose wife has allegedly deserted him for the transport operator said she moved back to her parents last month.

“She is staying with her parents and when I confronted her about the rumours of the affair she denied everything. I will get to the bottom of it although I don’t want to rush into anything right now,” he said.

A source said although Manyathela’s commuter’s omnibuses ply the Makwe-Gwanda route he did not set foot in the area for fear of being assaulted again for his involvement with married women.