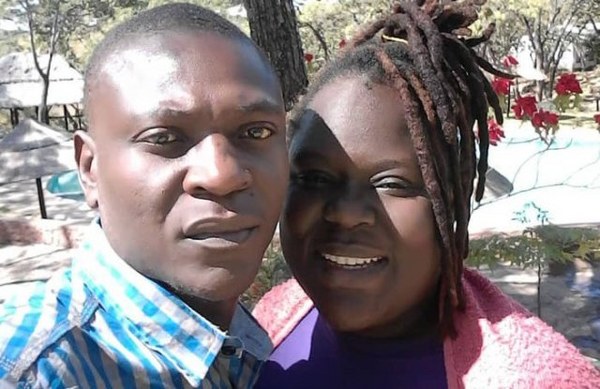 CONTROVERSIAL politician Linda Masarira-Kaingidza says she will not lose sleep over pictures and chats being posted on social media about her husband Gilbert Kaingidza.

Kaingidza is being accused of deliberately spreading HIV to various women.

Linda said she was not moved by the story.

“Whatever happened in the past is past, we cannot judge someone by what he did some years ago because I was not there in the past and why would someone bring 2014 issues into 2019?

“It’s obvious that it is someone with sour grapes and has some agenda with my husband.

“If they think that it will affect me or break me up with my husband they should forget and smile because nothing will separate me and my hubby.

“It’s nonsensical, they should go to hell and asvotwa ngaarutse because me and my husband we are happily married,” she said.

Early this week, a woman claimed on a Facebook page that Kaingidza is knowingly spreading HIV in South Africa while pretending to be a pastor and appealed for help to shame him.

“There is a certain guy that is spreading aids and he is a truck driver based in Durban who infected me and many other women out there.

“He makes us fall in love with him, does everything that pays our rent, food, upkeep and i dated him for about eight months but I was always negative.

“I wish to remain anonymous for fear of victimisation and I have not told my family either.

“His name is Gilbert Jiga Jones Kaingidza and his wife is Pauline Muchuchu Kaingidza, please assist me,” said the woman.

In the Facebook post dated October 15 2014, Kaingidza responded to the woman saying that he will take legal action against her.

“Whoever you are, have no right to write about my status that you don’t know.

“Thank you for publishing some very worthy while news and tarnishing my name over some lie’s you heard from some women who are after earning a living through other people’s sweat..

“Yes of course I and my wife Pauline Muchuchu Kaingidza are not HIV and HIV positive, so why would you write in your articles about me when you don’t even know me.

“Go ahead write what you want but I’m watching you and you better start getting yourselves good lawyer.

“It is Patience Mangezi you are trying to protect,” replied Kaingidza.

“Don’t waste your time threatening me hanzvadzi and I think the other way around it is prove kuti you are negative by showing results,” she said.

News Muza Mpofu - 8 March 2021 0
FOUR prison officers based at Mutare Remand Prison died on the spot after the vehicle they were travelling in collided with a haulage truck...

News Muza Mpofu - 8 March 2021 0
A woman from Mahatshula North suburb in Bulawayo was arrested after allegedly biting a police officer during a raid at a house in the...

News Cynthia Goba - 8 March 2021 0
BABOONS are causing havoc in Victoria Falls where they have developed a habit of ambushing people and snatching food from them. They have become violent...

News Muza Mpofu - 8 March 2021 0
WHILE police in urban areas are battling to enforce the country’s 10pm curfew to limit the continued spread of Covid-19, the case is however...

News Muza Mpofu - 8 March 2021 0
SUNGURA musician Francis Dhaka, popularly known as Franco Slomo in music circles, has vowed to keep pushing ahead with his solo career despite the...

Meet powerful Sangoma Danger who was trained by river ancestors and stayed under water...

News Sekai Moyo - 8 March 2021 0
HIS CLIENTS call him sangoma Danger. This is because he lives in a dangerous area by the mountain just after Krugersdorp in the West Rand. And...

News Tanya Mugabe - 8 March 2021 0
SOME Zanu PF legislators have said the proposed Patriotic Bill should have clauses that impose a ban on local politicians who advocate sanctions against...

She reunited with her ex-husband soon after destroying my marriage: Man axes pregnant lover...

News Nelson Bhebhe - 8 March 2021 0
A man from Nkayi rural area, who axed his girlfriend twice on the neck leading to her death over unclear circumstances, has finally decided...

News Edmore Huni - 8 March 2021 0
FORMER First Lady Grace Mugabe and a group of her associates are coming under investigation from anti-corruption authorities following complaints that they grabbed residential...

Sports Cynthia Goba - 8 March 2021 0
THE North West Police on Sunday confirmed that a 17-year-old was arrested for the murder of Mapula “Meikie” Khune. The teenager is expected to appear...
Loading...