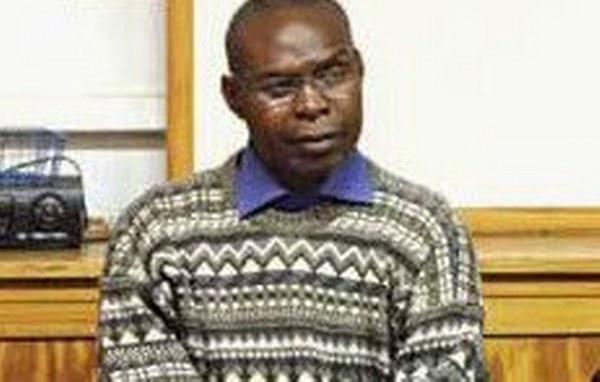 Former journalist and television star Godfrey Majonga, who was now a sports director at Danhiko in Harare, has died.

While full details of his death are still sketchy, ZOOMZimbabwe is informed that Majonga died last night at 11pm.

Majonga allegedly took a jump through the window of the flat in Harare which led to injuries to his nervous system and spinal cord from blunt force trauma after landing on hard concrete.

He became paralysed and wheelchair-bound for the rest of his life.

Announcing his death, the Sports and Recreation Commission of Zimbabwe said on Tuesday morning: “We have learnt with a deep sense of sorrow and sadness the passing on of Godfrey Majonga, Danhiko Sports Director. Godfrey was a versatile Sports Administrator who undoubtedly and unquestionably championed Sport for People Living with a Disability with immeasurable passion and vigour.

“The growth of the Danhiko Annual Paralympic Games was largely as a result of his immense contribution. Godfey was also a past Sports and Recreation Commission Board member and it was during his tenure that the idea of the Zimbabwe National Paralympic Games was consumated as a way of encouraging people living with a disability to actively participate participate in sporting activities of their choice.

“Godfrey was an easy going character who was dedicated to the development of Sport and more particularly Paralympic sports. His contribution to sport development will forever be cherished and engrained in our minds.

“On behalf of the Sports and Recreation Commission we would like to convey our deepest condolences to his family and the Paralympic Sport Movement for the sad loss of dear beloved one and a colleague whose contribution to sport was exceptional and unquestionable.

“May His Departed Soul rest and anchor in eternal peace.”

In September 2017, former President Robert Mugabe told a bumper crowd in Bindura that a 72-minute video presented in the Zanu PF politburo by then Higher Education minister Jonathan Moyo on July 19 that year claimed current President Emmerson Mnangagwa almost killed and succeeded in ending the career of the then ZBC television star Majonga.

Mugabe claimed that Mnangagwa found Majonga in a flat of his girlfriend and, raging with fury, allegedly forced the soft-spoken media personality to choose between sitting on a red-hot stove or jumping to his death from the third floor of a downtown high rise building in the capital.

Majonga allegedly took the easy route of jumping through the window of the flat where the stand-off occurred, according to Mugabe.

The incident took place in 1987, the same year that Zanu and Zapu signed the Unity Accord to end the bloodletting in the Midlands and Matabeleland Province, through what became known as the Gukurahundi era.

Upon being contacted for comment two years ago following Mugabe’s revealing story, Majonga initially told the Daily News that he could not give details over the murky episode because he had not watched Mugabe’s speech at the Mashonaland Central youth interface meeting.

He went on: “The people who can help you is the person making the allegations. I have no comment.”

Majonga was a director of the Danhiko Project, established soon after Zimbabwe attained its independence to provide education and skills training as well as rehabilitation to ex-combatants who had abandoned their education midway in order to take part in the war of liberation.

While the first five year of the project were exclusive to ex-combatants, Danhiko now caters for all the disabled who want to attain skills in different trades.

Mugabe’s wife, Grace, was a long time patron of the Msasa-based institution until November 2017 when her husband was jettisoned from power by the military to be replaced by President Emmerson Mnangagwa.