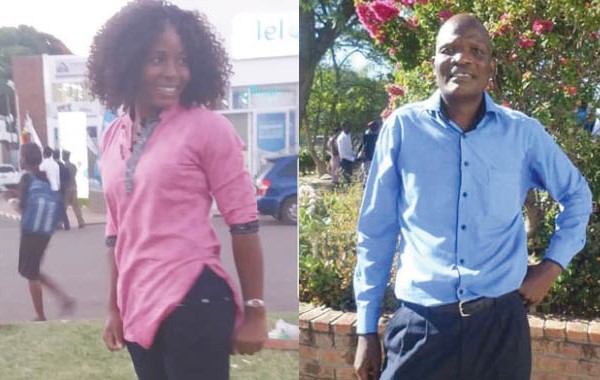 A CHAPLAIN based at Nkulumane Police PHQ in Bulawayo allegedly tried to entice a married woman into a se_xual relationship by sending an image of his huge manhood to her.

This was after Constable Valiance Mlotshwa had approached the man of cloth, Assistant Inspector Elias Ndlovu, for counselling since her marriage with Constable Stephen Chada was on the brink of collapse.

However, the man of cloth, who is a respected figure as he is regarded as a pastor, took advantage of Mlotshwa’s sour romance with Chada and allegedly started to propose l0ve.

In WhatsApp messages in possession of this publication Ndlovu took his se_xual cravings a gear up as he asked for Mlotshwa’s nud_e picture.

Mlotshwa said: “I don’t have the pictures dear, my phone crushed.”

After several exchanges of chats, Ndlovu says: “Gaya sengin**** ngobuhle bakho (Your beauty has aroused me).”

Mlotshwa laughs it off saying: “But for the why Chaplain nhai. Interesting to realise that you are already h0rny.”

Ndovu did not stop there as it seems his se_xual cravings had taken toll on him and he asked: “Was your husband se_xually satisfying you?”

After which, he passionately begs to send his male organ to Mlotshwa who responded saying: “Yes, he was satisfying me in bed. If it’s less than 8cm do not send it and I wanna compare with of my hubby (sic).”

Clouded by se_xual urge Ndlovu captured his huge organ and sent it to Mlotshwa. After which he asked Mlotshwa to send her privates but she declined.

“I told you that my phone crushed,” responded Mlotshwa.

Determined to view Mlotshwa’s flesh, Ndlovu sent her his passport size picture before asking for a picture from her.

“I have just sent my passport size picture which is not nice but kindly send your picture, I want to see how beautiful you are,” said Ndlovu.

After her marriage collapsed Mlotshwa asked Ndlovu to facilitate a transfer.

“I have talked to the boss and he will help you. So what are you going to pay me with (sic),” asked Ndlovu.

Mlotshwa said she would pay with a bucket of fish but Ndlovu said: “Angizithandi inhlanzi ngifuna okumnandi (I don’t like fish . . . I want something nice).

Mlotshwa then launched a fierce attack on Ndlovu: “You call yourself man of God while you are this wicked. Instead of helping people with counselling services and solving their marriages you hit on their wives.”

Contacted for a comment Asst Insp Ndlovu who was cagey said: “I don’t know anything about that. You know people fabricate stories, uxolo, just ignore the story.”

Chada was not reachable by the time of going to print.

Mlotshwa said: “I’m not allowed to talk to the media.” She then terminated the call.

News Nelson Bhebhe - 4 June 2020 0
FORMER principal director of State residences in the Office of the President and Cabinet Douglas Tapfuma, has been convicted of three counts of criminal...
Loading...