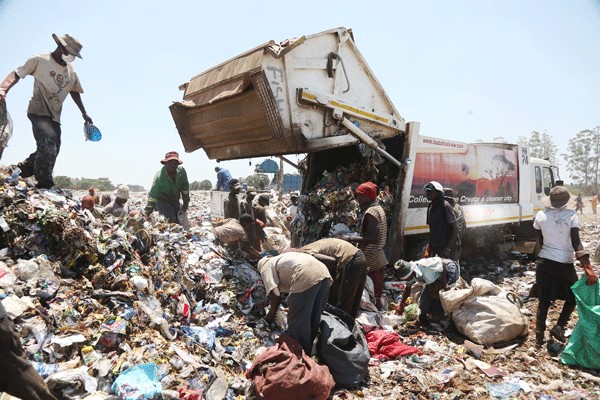 THE Kwekwe City Council has urged food processors to destroy condemned foodstuffs as some of the dumped edible items often finds its way in people’s homes or backyard markets in President Emmerson Mnangagwa's hometown.

Councillors have also called for serious surveillance on the city’s top milk processor Dendairy to monitor the place where it dumps its condemned milk products.

This is in efforts to avert a health catastrophe as it has emerged that people might be picking the foodstuffs either for consumption or resale.

Speaking at a recent full council meeting, deputy health director John Bandama said there is an impending health disaster as some residents could be consuming condemned food.

He called for a total destruction of all the condemned food products.

“We have been hearing disturbing reports that people have been picking up condemned milk products from Dendairy.

“We are calling on corporates to completely destroy all the condemned foodstuffs so that we avoid health related problems,” Bandama said.

“There is need to monitor our food processors in the city so that we monitor how they dispose of condemned foodstuffs particularly Dendairy.

“We have to know where they are disposing of their condemned products so that do not have a situation where people will pick condemned milk and milk related products for consumption or resale,” he said.

Meanwhile, Councillor Future Titora has said due to the economic challenges starving children are now picking food from the dustbins.

“We are having a situation where starving children are now picking food from the dustbins that is not a health situation,” she said.