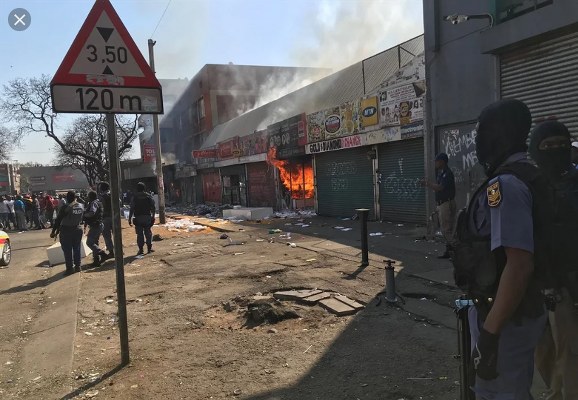 Metro police have confirmed the discovery of two charred bodies in Alexandra.

Police believe they were probably burnt when shops in the area were set alight.

The bodies were discovered when people were scavenging for scrap metal.

“Yes, it is confirmed that two bodies (were found) in a shop, they were burnt out,” said JMPD spokesperson Wayne Minnaar.

He added that the circumstances around the incident were unclear.

It’s believed they could have been killed when protesters went on the rampage against foreign nationals.

At least seven people have now been killed in violence across Gauteng.

News Tshuma Rueben - 9 March 2021 0
HE thought he’d met a Good Samaritan who’d save him from his situation. But little did he know he was walking into a lion’s den. And...

News Muza Mpofu - 9 March 2021 0
THE executor of Genius Kadungure’s estate has been stopped from administering the estate of the late socialite and businessman, pending finalisation of the dispute. Popularly...