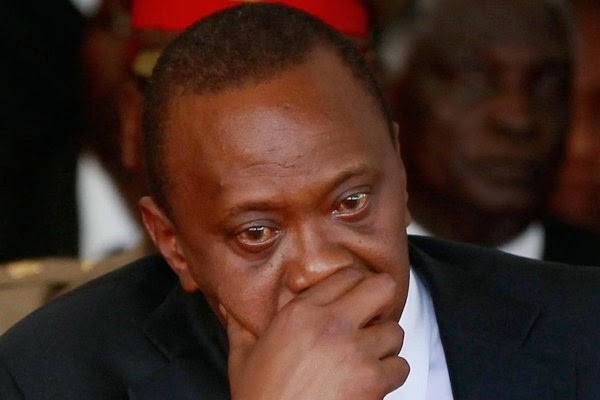 President Uhuru Kenyatta has ordered flags to be flown half-mast from Saturday morning until Monday in honor of the fallen former Zimbabwe President Robert Mugabe.

In a statement to newsrooms on Friday, Kenyatta said the directive will be a mark of respect for the memory of an African hero and a friend of Kenya.

The Head of State further added, Mugabe spent a lifetime challenging Africa to find its place and voice among the Community of Nations and stand tall thus he has left an indelible mark in the African continent.

Kenyatta had earlier on Friday led Kenyans in mourning the death of Mugabe who passed away Friday morning aged 95.

The Head of State described Mugabe as a courageous leader who was never afraid to fight for what he believed in even when it was not popular.

Former President Mwai Kibaki said the death of Mugabe has marked an end of an era in Africa.

Kibaki, in his message of condolence, added that Mugabe’s demise closes the chapter of African founding presidents whose commitment to the continent remains remarkable.

“His share of downsides aside, Mugabe, no doubt, stood for the greater good of Africa. His unrelenting quest for a free Africa stood out. Despite the sentiments of those who serially vilified him, Mugabe will be best remembered for courageously defending the dignity of the African people. Embedded in his story are valuable lessons worth celebrating,” Kibaki said.

Mugabe who hospitalized in Singapore for months for an undisclosed ailment has been in ill health since his ouster and humiliating fall from office in November 2017.

He was succeeded by Emmerson Mnangagwa

News Muza Mpofu - 25 January 2021 0
Retired Supreme Court judge Justice Nicholas McNally who was one of Zimbabwe’s most respected judges, has died, The NewsHawks report. The publication, however, did not...
Loading...