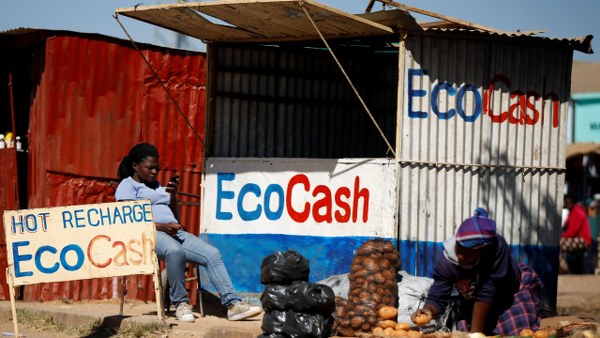 ZIMBABWE Anti-Corruption Commission (Zacc) has commenced investigations on rogue EcoCash agents, amid reports that they are manipulating cash and selling it at illegal and astronomical rates.

In a statement on Twitter, Zacc expressed concern over reports that EcoCash agents were selling cash at high and prohibitive rates, adding that investigations have now been opened to deal with the perpetrators.

“We are concerned about the volumes of reports we have received in connection with EcoCash agents manipulating cash ecosystems to their advantage by selling cash at uncouth and prohibitive rates. We are aware that this practice is enabled and supported at systematic levels,” read the statement.

Zacc has urged the Reserve Bank of Zimbabwe (RBZ) and Econet Zimbabwe to bring a lasting solution to this unfair and illegal practice.

“An investigation has been opened which must determine and charge the real perpetrators behind this rot. We hope that Econet Zimbabwe and the RBZ will also look into this seriously so that the practice is curbed.

“We believe that in order to effectively fight corruption, all avenues that promote corruption regardless of size must be shut with urgency. We look forward to working with all stakeholders in such scenarios to effectively close these pilferage opportunities,” Zacc said.

Many EcoCash agents have helped exacerbate the cash crunch in the country, with many powerful people suspected of abetting the illegal practice.

The illegal practice by EcoCash agents has also reduced the real value of salaries and wages earned by the Zimbabwean worker, with the agents at times charging as much as 60% in order for one to make a cash out.

The RBZ, according to Governor John Mangudya’s Mid-Term Monetary Policy Review, says plans are afoot to increase cash in circulation to make it easy for the productive sector and ordinary people to contribute meaningfully to the growth of the economy.

“Failure to get cash is undermining the confidence in the local currency, as well as forcing economic agents to resort to the illegal transactions in foreign currency and to selling cash at a premium.”

“Accordingly, without prejudice to our cash-light society drive, which has served the country very well, the bank will continue to inject additional notes and coins on a gradual basis to support productive (sectors) and lessen the inconvenience caused by physical cash shortages to the transacting public,” Mungudya said.

Videos & Pics Muza Mpofu - 22 September 2020 0
It was jaw dropping sight as commercial se_x workers in Zimbabwe bid their late colleague a farewell by dancing provocatively at her funeral. The flesh...
Loading...