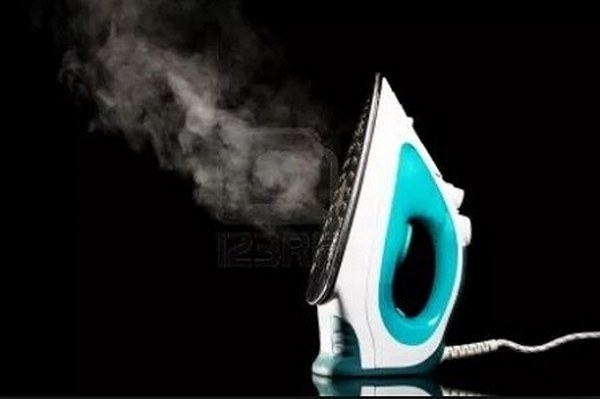 THE trial of one of the five robbers who allegedly raided two houses in Bulawayo and burnt the occupants’ butt0cks with hot electric irons before robbing them of money, laptops, cellphones and plasma televisions, has been set for October 17.

He was remanded in custody to October 17 for commencement of trial at the Regional court.

Maposa, who is alleged to be linked to several pending cases of armed robbery, connived with four other suspects who are still at large and descended on two houses in Tshabalala suburb at night.

They found the complainants asleep, woke them up, plugged electric irons and burnt them on the buttocks before robbing them of their money and property.

Prosecuting, Mr Nkathazo Dlodlo said on May 14, the accused persons ganged up with four other suspects only identified as Shacks, Shailock, Julius and one Robson Chatikobo, who are still at large and allegedly raided the two houses on two different occasions.

“On May 14 at about 2.39AM, the accused person and his accomplices who are still at large stormed into Nqobile Malinga’s house in Tshabalala while the complainant was asleep with his family. They took the complainant’s iron and plugged it on before burning him on the butt0cks using the hot electric appliance,” he said.

The court heard that the accused person and his gang covered the complainant’s mouth with a pillow and ordered him to surrender $2 000, R1 600, his property which included an HP laptop, Samsung cellphone, plasma TV, Huawei cellphone and a Mobicel tablet.

A week later, Maposa and his accomplices went to Ms Somuhle Khumalo’s house in Tshabalala at about 1.30AM.

“On May 23, they stormed her house while armed with knives and demanded an iron from the complainant. They plugged the iron and switched it on before using it to burn the complainant and her son’s buttocks,” said Mr Dlodlo.

A report was made to the police leading to Maposa’s arrest. The victims were rushed to hospital after sustaining burns.

Maposa is also facing another case of armed robbery which is still pending before the courts.

He allegedly ganged up with his accomplices and raided a mine in Shurugwi belonging to a Chinese national and went away with 889 grammes of gold worth US$33 500, US$6 000 cash, eight cellphones and clothes at gunpoint.

They allegedly armed themselves with a pistol, confronted the owner Mr Xhang Xhinda and robbed him of 889 grammes of gold, eight Huawei cellphones, money and clothes.

A report was made to the police leading to the arrest of Maposa. He was arrested at Highlanders Clubhouse in Bulawayo while they were looking for a gold buyer.

The court heard that detectives recovered 889 grammes of gold worth US$33 500 and two cellphones.

He could have risen and disappeared, says Village Head as dead man disappears from...

News Sekai Moyo - 29 May 2020 0
Villagers in Gokwe South were left shocked after they found the grave of villager Gideon Fitshane who was buried on Monday empty and shockingly...

News Muza Mpofu - 29 May 2020 0
AN ex-soldier cornered by armed robbers gave his attackers a hard time and caused the arrest of one of the suspects despite losing his...

'Drama at funeral as Morgen Komichi & Khupe plead with mourners to attend their...

News Muza Mpofu - 29 May 2020 0
In a desperate bid to ensure that the potentially ‘doomed’ July extraordinary Congress for the MDC-T opposition led by Thokozani Khupe will be oversubscribed,...

100 Zimbabweans escape death by a whisker as massive fire burns down Plumtree quarantine...

News Tanya Mugabe - 29 May 2020 0
OVER 100 quarantined deportees and returnees from Botswana yesterday escaped death by a whisker after fire gutted Plumtree High School’s Beit Hall where they...

News Muza Mpofu - 29 May 2020 0
The United States of America embassy in Harare has queried why the Zimbabwe Republic Police and State prosecutors were quick to bring charges against...

News Edmore Huni - 29 May 2020 0
A TRUCK driver is currently receiving treatment at a Kariba hospital after being attacked by an elephant while relieving himself in a bush. The incident,...

News Cynthia Goba - 29 May 2020 0
AT LEAST 182 Zimbabweans aboard a cruise ship have docked in Namibia and will come home once suitable transport arrangements are made. The returnees are...
Loading...