The court hearing on whether Dr Peter Magombeyi can leave the country has been set for 4PM today before Justice George Chiweshe.

Chiweshe is the judge who ruled the coup legal.  He is also the former ZEC Chairman who withheld the presidential election results for a month in 2008 after late former President Mugabe was bashed hands down by late Morgan Tsvangirai.

After independence, Chiweshe joined the Ministry of Justice as a prosecutor in 1980 and became a magistrate three years later. He later joined the Zimbabwe National Army in April 1983 as a Major and rose through the ranks from Major to Brigadier General (Judge Advocate General) in 1996. Chiweshe retired from the army in April 2001 after being appointed to the bench by late President Robert Gabriel Mugabe. 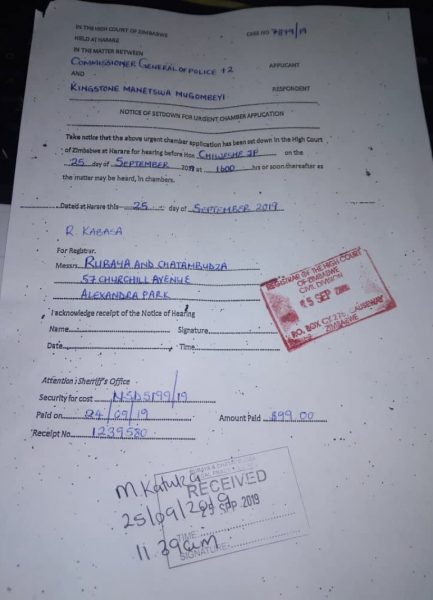