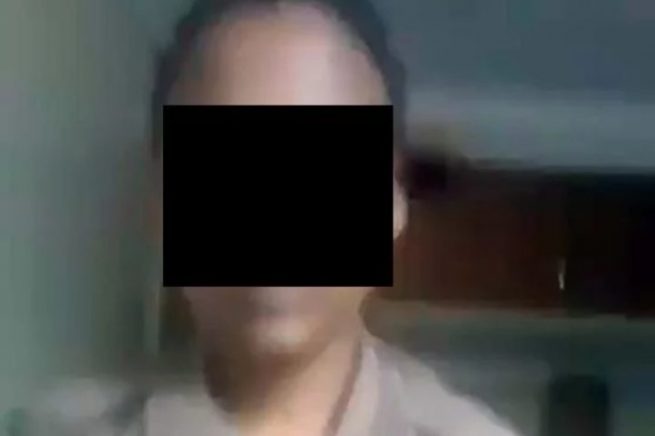 THE identity of the warder poking while wearing her uniform is known.

Her ex-husband called the People’s Paper yesterday and said he was married to her for eight years.

“What happened to her is heartbreaking. It hurts me.”

He said it happened while they were trying to get their marriage together again.

“We were divorced and she had a boyfriend,” he said.

“This thing will destroy our lives. I’m trying to hide the videos and articles,” he said.

The ex said what happened to the woman shouldn’t happen to anybody. He said the man who leaked the video was using it to blackmail the woman after she dumped him.

“This is clearly women abuse and must be condemned,” he said.

The couple is separated. While the man lives in Worcester in Western Cape, the woman lives at her workplace.

“I’ll be there for her through these difficult times,” he said.

Western Cape commissioner Delekile Klaas said the video of a prison warder having se_x was not filmed in prison, but at her house. He said the officer involved works at Brandvlei Correctional Centre in the Western Cape and the department was aware of the incident.

After SunReaders asked if the incident happened in prison and if the man involved wasn’t a prisoner, Klaas explained that it happened at home with her lawyer boyfriend at the time.

“It definitely didn’t happen in the prison and she wasn’t on duty. There were no offenders involved.”

Klaas said they’re investigating the woman, as she wore her work uniform.