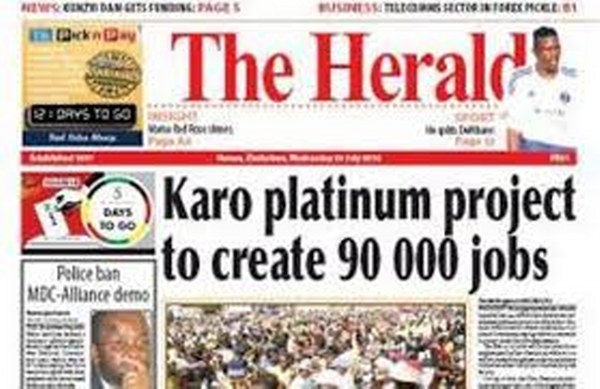 Zimbabwe Newspapers Limited (Zimpapers) has announced new cover prices for all its publications with effect from Thursday 3 October 2019. In a statement, Zimpapers said:

Zimpapers would like to advise its valued customers of new cover prices for all its publications with effect from Thursday 3 October 2019. The increases come as a mitigatory measure in the face of increasing costs of production.

The new prices which come into effect are as follows: