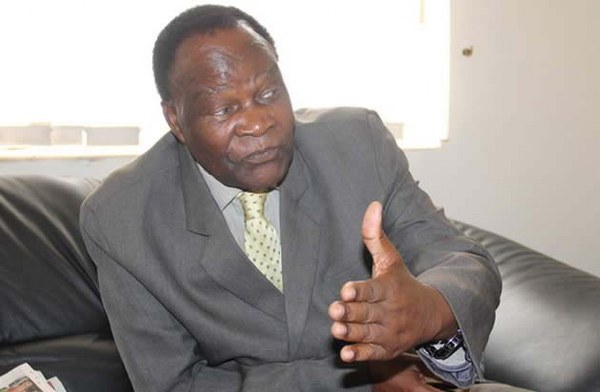 Zanu PF national secretary for security, Lovemore Matuke has warned that government will give jobs only to proven party supporters with a proven track record, TellZim News can report.

He lamented that Zanu PF faced another security threat in the form of unemployment, saying the party was working towards making sure that only its people got employed.

“We have a new security threat; when our youths are not employed it’s a threat so we want to make sure that our people are employed.

“We were in China recently and they told us that they needed a lot of teachers so we need to make sure that our degreed youths get are given that opportunity.

However, they have to be taught the party ideology and those who do not want will not benefit because we have to make sure that when they go they will serve our interests,” said Matuke, who is also the Deputy Minister of Public Service Labour and Social Welfare.

Matuke also claimed that the MDC Alliance rigged the 2018 elections by issuing fake identity documents to people who were under the legal age of voting.

Matuke claimed that since the Zanu PF security department picked intelligence to that effect, the party was now doing a follow up with the office of the registrar general.

“In 2018, thousands of young people below the age of 18 were issued with fake IDs that allowed them to register to vote. You would see that this person is too young to vote but when you check the ID, you see that he/she is eligible to vote.

“We then did some investigations and noticed that some people were given IDs but they are not in the registrar general’s data base,” said Matuke.

“The opposition has intensified its voter registration programmes and most of the young people registering to vote now belong to MDC and we should do more than them.

Let’s make sure that our people are registering as we prepare for 2023 elections,” Matuke said.

Speaking at the same event, politburo member Josaya Hungwe claimed that the MDC used the same strategy to rig the elections in 2008.

He claimed the MDC had connived with the Masvingo provincial registry for the issuance of fake IDs to people sympathetic to the opposition party.

Hungwe also said they should go and investigate the recent Zaka East election and find out where the over 1000 people who voted for the MDC ‘came from’.

“Go to Zaka and find out the villages of the people who voted for the opposition so that when we go to 2023, those people will be accounted for,” said Hungwe
Zanu PF national political commissar Victor Matemadanda warned MPs against marginalising President Emmerson Mnangagwa in their 2023 election campaigns.

“We will need a list of people who got more votes than the President’s and unless we are told that they have reformed, we will not allow them to contest in 2023 election. In 2023 we are targeting five million votes and we can get them by making sure that each one of us recruits one new voter because last time we got 2.5 million votes,” said Matemadanda.