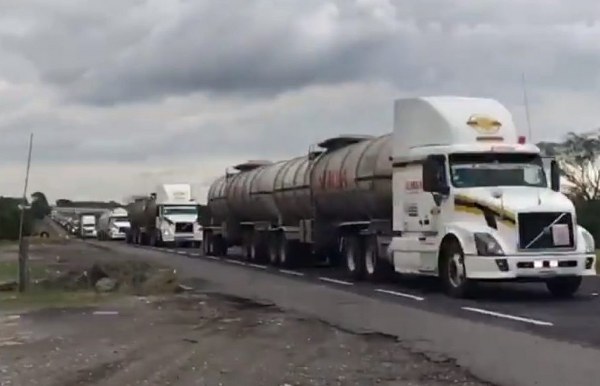 A SOUTH AFRICAN High Court judge has ruled against the sacking of foreign haulage truck drivers saying it was in breach of their rights not to be discriminated against on the basis of their social origin.

Justice Rabkin Naicker, sitting in the Johannesburg Labour Court on September 27, said the termination of the employment of foreign drivers following a demand by a trucking company and other local groups of drivers’ associations from South Africa could not be allowed.

“The termination of the employment of the applicant (foreign drivers) as a result of the demand (by Reinhard Transport Group) is declared to be in breach of his right not to be unfairly discriminated against on the basis of his social origin and / or any a bit rare ground relating to nationality,” Naicker said.

That termination was also not in compliance with the “audi alteram parte rule” and was in breach of applicants contracts of employment, Naicker said.

Audi Alterum Parte Rules refer to the right of every side of the story to be heard.

In the interdict, Naicker also issued a rule nisi (order to show cause) calling on the respondents to show cause, by November 20 this year, as to why a final order should not be made in those terms barring South Africa’s trucking companies to terminate the employment of foreign drivers.

“Before the return date of November 20, 2019 the Reinhard Trucking (cited as the first respondent) is indicted from the employment of foreign truck drivers as a result of the demand made to it by Second Respondent and its representatives on August 25, 2019 namely that it terminates the services of all foreign national truck drivers in its employ,” Naicker ruled.

The demand, which later turned into violent demonstration deteriorated to a xenophobic rampage in which dozens of foreign nationals were killed while their property was looted or burnt.

On the highways haulage trucks were stopped and attacks on foreign drivers launched with scores of trucks destroyed and goods looted.

Etienne De Heus, a lawyer representing Reinhadt Group, engaged the Zimbabwe Truckers Association with a view to terminate all contracts with them because of the violence and subsequent detention of 137 trucks by ATDF to force the sacking of the drivers.