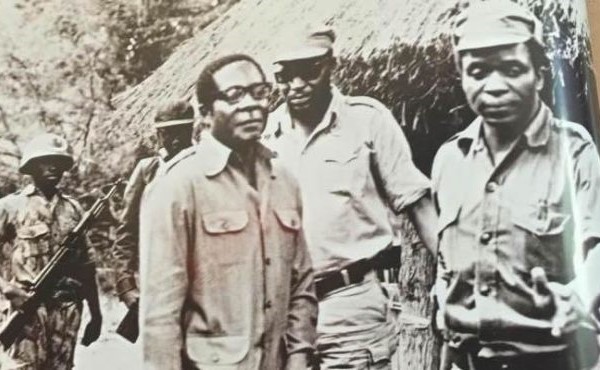 President Mnangagwa says Zimbabwe seeks to broaden co-operation with countries in Africa in advancing the interests and growth of the continent.

The Head of State and Government, who is here as guest of honour during Uganda’s 57th Independence Day celebrations today, rallied African countries to unite and develop the continent. And the President was making an emotional return to Entebbe, a place he passed through as he went to Egypt for military training back in 1963.

A dinner was hosted in his honour by host President Yoweri Kaguta Museveni.

“We have come here to show our appreciation with desire to broaden our cooperation. We are fully aware that the role of our founding fathers was to have Africa free, to attain political freedom but today we now have a duty as the current crop of leadership in Africa to develop our countries, improve the standard of life for our people, trade among ourselves, grow our industries and modernise all aspects of our life,” said President Mnangagwa.

“To do so we have to share our respective resources and knowledge between ourselves.”

Earlier, the President said the independence of Uganda inspired Southern African States to also fight for the right to self-determination.

“May I mention that your own independence was a great inspiration to us in Southern Africa in the early 1960s.

“We were inspired by the independence of countries in Eastern Africa, we believed that it was going to be possible for us in Southern Africa to also become independent and indeed Eastern Africa became the basis for the struggle waged.

“You may speak of Mozambique, Zimbabwe, Namibia, South Africa or Angola, we all were here and indeed some members of my Cabinet are products of Makerere University so you have tremendously contributed to the development of Southern Africa materially and intellectually,” said President Mnangagwa to his colleague President Yoweri Museveni.

President Mnangagwa said he was greatly honoured by the invitation extended to him by President Museveni to be special guest at the celebrations.

“I was mentioning to His Excellency thatI was last here in 1963, that’s the year I came to Entebbe on my way for military training, I can’t remember anything but I know I passed through here at Entebbe, this is great, congratulations on what you have achieved,” said President Mnangagwa.

President Museveni thanked President Mnangagwa for honouring his invite to be guest of honour at today’s event.

“The people of Africa are one. When our brothers and sisters from Southern Africa, when they come here , they are coming home and when you go there you are also going home,” he said.

Meanwhile, the President arrived here yesterday at 6pm local time and was received at the Entebbe Airport, 41 kilometres from the capital Kampala, by Ugandan Minister of Foreign Affairs Mr Sam Kutesa, Zimbabwe Ambassador to Kenya and Uganda Mrs Winpeg Moyo and Chief Director in the Ministry of Foreign Affairs and International Trade Ambassador Lovemore Mazemo.

President Mnangagwa was welcomed at the State House by President Museveni. He was honoured with a 21 Gun Salute before inspecting a guard of honour mounted by the Uganda People’s Defence Forces and the Uganda Police.