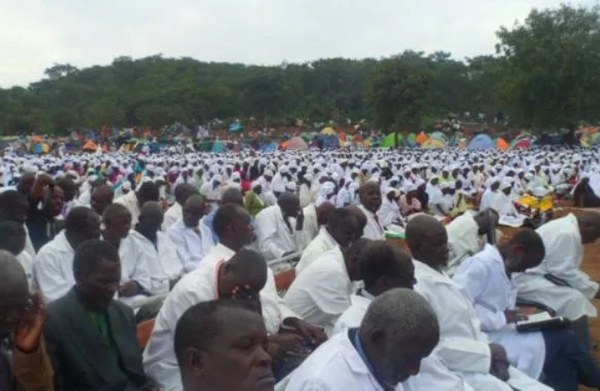 Mugodhi succumbed to cancer at a private hospital in Harare on Monday, his spokesperson Benjamin Mungiriya confirmed.

“There are some outreach programmes being conducted countrywide to apprise the church members on the leadership wrangle. That is why we broke the news today (yesterday),” Mungiriya said.

“We are saddened by his death. It’s a great loss to us. He is the one who initiated the church’s anti-sanction call and he would have loved to die after the sanctions are lifted.”
Mugodhi took over church leadership in 2002.

His father died in 1961 when he was young and could not lead the church.

Four leaders came between him and his father until the last leader, Mubvuwiwa, handed over the church leadership to Mugodhi in 2002.

But in August this year, one of his deputies, Tony Sigauke, started fighting him for the leadership of the church after the ailing leader revealed that he wanted his son, Washington, to take over from him.

The wrangle for the leadership of one of the country’s largest apostolic sects is now before the courts.

According to the court case, the dispute emanated from allegations that Sigauke doctored papers that gave Mugodhi’s son the right to take over from his father and wrote that the bishop wanted leadership to follow hierarchy.

The matter was taken to the High Court and Mugodhi lost, but church members supporting him filed an appeal at the Supreme Court and judgement is yet to be delivered.

Mungiriya said stress over the leadership wrangle could have caused Mugodhi’s demise.

“His wish was to have sanctions removed and we continue to work until that is achieved,” Muduvuri said.

He is survived by wife and 10 children; nine boys and one girl.