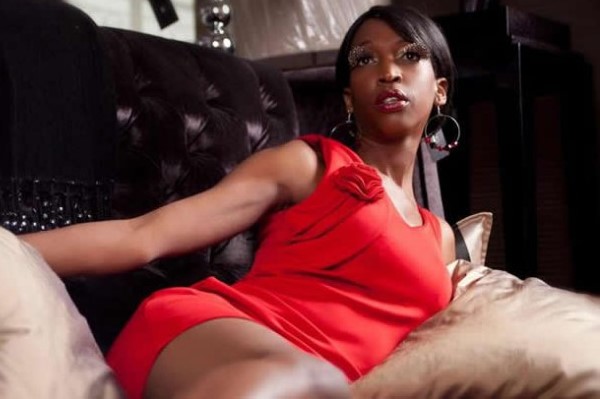 RADIO and TV personality Tinopona “Tin Tin” Katsande recently learnt that celebrity or fame count for little when hardship comes knocking after she was turned away at a clinic while in labour due to the on-going strike by the country’s doctors.

The former model and Studio 263 actress, who only a few years ago was told by medical professionals that she would probably never have children because of her battle with endometriosis, recently gave birth to her second child.

With the on-going job action by the country’s healthcare professionals even the best laid plans can come unstuck at the last minute and Tin Tin found this out the hard way when was turned away from Mbuya Nehanda Maternity Hospital.

Despite the sympathy of members of stuff at the institution, she eventually had to seek alternative avenues for the birth of her second miracle child after being told that doctors would not attend to her. Zimbabwe’s doctors have been on strike for over a month and have so far turned down Government overtures and even defied a court order that ruled their industrial action illegal.

“It’s a calamity that I faced. I was booked at Mbuya Nehanda and paid up but come delivery day, in full labour by the time I got to the hospital, the nurses literally closed the door in my face. Shame, I could see their empathy but there was nothing they could do. There were no doctors to attend to me. It was quite the ordeal driving round in labour looking for a hospital that could accommodate me. I thank God Baines Clinic took me in and rendered a par excellent service even though I wasn’t previously booked there,” she told Sunday Life in an interview.

While her struggles on the day she delivered her second born might have brought her face to face with struggles faced by the majority of women in Zimbabwe, it was not the only encounter or incident that left her shell shocked. With most people struggling in a harsh economic environment, she was not spared as she counted the costs of pre_gnancy before her second child was delivered.

“No pre_gnant woman should have to go through the financial hardships we Zimbabwean women are going through. Everything is unbearably expensive. As a pre_gnant woman you must have a special and consistent diet. Doctors’ visits must be regular, even to the local clinic but fuel costs and transport costs are so exorbitant and ever rising that it makes the human right to antenatal care so cumbersome. Scans are very important too so we know how the baby is doing inside but again the cost has become so prohibitive. And worse now when birthing when the doctors are on strike,” she said.

On her corner Tin Tin had family members willing to cushion her against financial hardship.

“Everyone needs people like this in their lives. I also believe God sent living guardian angels to assist me financially too as at every turn which required monies I didn’t have they stepped in without a blink of eye. A friend in need is a friend indeed,” she said.

While prevailing in the current conditions might have been a worthy test of her resilience, for Tin Tin the birth of her second child also represented yet another triumph. After having her first child against the odds at 36, she never thought she would have another special delivery only four years later. After being told that chances of her having any child at all were slim, her two children now represent her own resilience and the strength of hope in the face of adversity.

“I am in awe of God’s grace in my life for I declare it is not by my hand or any human hand that I have conceived not once only but twice now and have managed to carry the babies to full term. This time I didn’t even try IVF as I was convinced there was absolutely no way I could get pre_gnant again. I’ve got Stage Four endometriosis so as doctors had rightfully said having a baby for me was highly unlikely. But here we are. I’ve received a double blessing. I’m a Christian and I try to be the better Christian each day and in my life I always declare that surely goodness and mercy shall follow me all the days of my life and well, here is the proof. I’m so very grateful,” she said.

Despite her joy, Tin Tin described her nine months of pre_gnancy as “hellish”.

“In truth although I now knew the different stages and mostly what to expect physically and how to take good care of myself , second time round was even more arduous than the first time. Oh, the nine months were hellish, I won’t lie. I have endometriosis so again baby grew with fibroids just like with the first baby except this time the one fibroid was a lot closer to the birth canal and grew a lot bigger than before,” she said.

Despite the hardships she faced, Tin Tin said she was grateful for the support she received from those close to her despite the fact that the circle of those that supported her had grown smaller with her second pre_gnancy. This had led her to rely on the virtual support of fans and friends that shared her pre_gnancy journey with her on social media.

“This second pre_gnancy journey was definitely filled with more anxiety than the first. My close support system was nothing like the first time round so that played a big role in everything but I’m grateful to my fans and friends on social media whom I often turned to for sharing experiences and advice. They really calmed me a lot a made me see that I was not alone and neither was I abnormal in what I was feeling. I love my fans and social media friends, I really do,” she said.