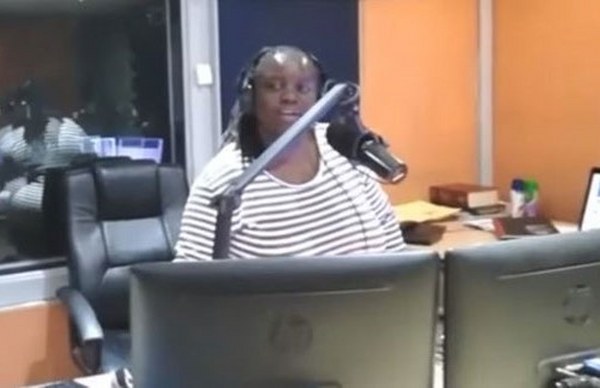 A cheating Budiriro woman exposed by DNA test results clashed with the wife of the man she claimed fathered her four-year-old girl during Tilder Live Show on Tuesday.

Beauty Chabayanzara disclosed during the show that she was ever communicating with Trymore Machinga whom she claims is the father of her child. Machinga is married to Chengetai Chiwodza.

Chiwodza called Chabayanzara names and warned her over dragging her husband in to her shenanigans by going for another DNA tests.

“You lived with your husband for more than four years without telling him the truth about the child only to be exposed by DNA tests.

“How would we trust that the child belongs to my husband when you came from South Africa preg_nant?

“If you want to go for DNA tests with my husband make sure you meet the costs and do not communicate with him anymore like what you have been doing.

“I was not aware that my husband has been seeing you behind my back and if that continues you will be ruining my marriage and the consequences will be sour.

“He told me that he blocked your contact and even if you check it right now it shows that you have been blocked,” said Chiwodza.

Chabayanzara said she was not aware that her husband was not the father of her child thanking Global DNA Zimbabwe with the tests.

“I left the country for few months to South Africa and discovered that I was preg_nant and returned to Zimbabwe,” said Chabayanzara.

“I was not aware that Machinga was responsible for the preg_nancy and went on to live with my current husband.

“I want to thank Global DNA Zimbabwe for the results after my husband received messages from Machinga that he was the one responsible for the child.

“So I do not see anything wrong for Machinga to pay for the DNA tests since he is the one who provoked my husband zvekupedzisira avekugara achichema audzwa kuti urikuchengeteswa mwana wangu.

“From the day we received the results that my husband was not responsible I saw it best for Machinga to look after his child and I am prepared to change birth certificate of the child.

“I want to thank Global DNA Zimbabwe for giving me a peace of mind towards the real father of my child.

“We communicate daily through WhatsApp and I am surprised to hear from you (Chiwodza) that Machinga claims that he blocked my contact.

“I have all the chats,” she said forcing Chiwodza to threaten her, calling her names before Tilder took the conversation off air.

StarFm security officers quickly moved in to control the situation soon after the show.

Machinga who is still to have a child with Chiwodza denied communicating with Chabayanzara behind his wife’s back.

“This woman is now used to make falsehoods and I am sure this is the reason she stayed with her husband for more than four years not telling him the truth about the child,” said Machinga.

“I am still to have a child with my wife but I will not meet the costs for DNA tests with Chabayanzara’s child.

“If she insists that the child is mine she must meet the costs because I cannot afford them,” said Machinga.