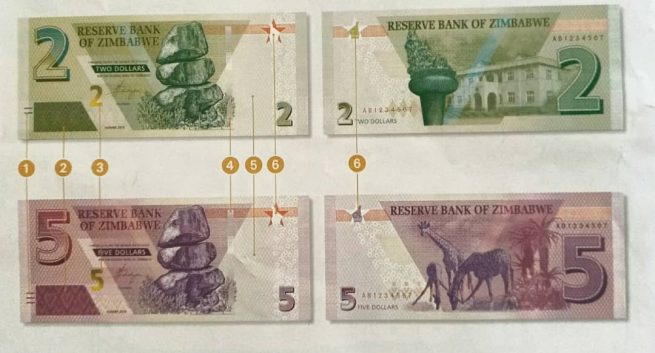 FINANCE minister Mthuli Ncube says it will take at least two years for the Zimbabwean dollar — which was demonitised in 2009 before being re-introduced in June — to operate as a stable currency.

The local unit has been losing value against the United States dollar and other currencies. The US dollar was trading at 1:15 against the local currency on the interbank market this week.

Speaking to editors on Wednesday ahead of the 2020 National Budget statement scheduled for next week, Ncube said: “I think (it will take) a minimum of two years (to stabilise) because we have to make sure that the domestic currency can retain value. It is about to make sure that the domestic currency is very stable and retain value and build confidence on it and then the pricing moves away from US dollar pricing.

“It is about building confidence in domestic currency and usually that takes two years or so and that is okay and I have no issue with that as long as the domestic currency is retaining value in the process. If we allow it to depreciate faster, people will return to (the) US dollar.”

The introduction of a local currency was criticised by financial experts who argued that the country did not have solid economic fundamentals to shore up the Zimdollar.

Ncube, however, says the currency is undervalued and there is need for the government to restore confidence in order to stabilise the Zimbabwean dollar.

“Absolutely, our currency is undervalued. There is no question about it. The study that we did, the Reserve Bank did their own independent study and we both confirmed each other’s result, working out from the equilibrium exchange market rate is giving us an exchange rate of no higher than seven so the rest is confidence, premium, and political stability,” he said.

Ncube said the transitional structures in place are aimed at achieving a tallying ratio between the dollar and the electronic transfer which is normally between 15 % and 75%.

“If you look at the cash in circulation for the rand, 15% is in circulation, 75% is electronic so we want to get to that part. That is where we are headed. But we cannot get there in one year, that’s why you see we have these transitional structures,” he said.

Meanwhile, permanent secretary in the Finance ministry George Guvamatanga said some companies, including food outlets and restaurants transacting US dollars, had been formally registered as tourist entities.

“Statutory Instrument (SI) 142, which is actually the law, is very clear and anything outside that is illegal. But I think some of the shops were very smart because they went through the back door and went to the Ministry of Tourism and registered.

“So we had two options: either to issue a SI to correct that and I have that SI and that is not an option because we don’t want to be throwing around SIs. The other option was to talk to and understand what they were trying to do. So, before I left the office I had done a letter to the Ministry of Tourism and that’s all I can say,” Guvamatanga said.

Upon introduction of the Zimbabwean dollar as the sole legal tender, government made an exception for companies in the tourism sector to continue transacting in US dollars.