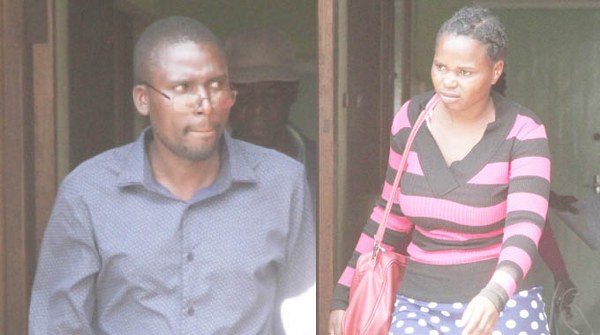 A Bulawayo man was left reeling after discovering that his live-in girlfriend had been lying about being preg_nant apparently as a way of putting a stamp on their “shaky” relationship.

Moses Sibanda from Emkhandeni suburb who supposedly wasn’t ready to become a father said his ex-lover Sarah Moyo lied to him on two separate occasions that she was carrying his baby.

But Moyo got more than she had bargained for. When Sibanda discovered that there was no baby at all he started verbally abusing her while labelling her a witch.

That prompted Moyo to approach the courts seeking a restraining order against Sibanda.

“I was in an on-again, off-again relationship with Moses Sibanda until we finally separated some time in October this year. After we broke up, he started verbally and emotionally abusing me by sending insulting messages while accusing me of being promiscu0us.

“I blocked him on WhatsApp but he continued sending me those insulting messages through text messages. He is also accusing me of being a witch and useless woman.

“I pray that he should be ordered not to verbally abuse me and communicate or talk with me whenever we meet,” begged Moyo.

In response, Sibanda didn’t dispute his ex-lover’s accusations. He said it was punishment for lying to him that she was carrying his baby.

“It is true that I sent her insulting messages. What happened is that after we separated, she lied to me on two separate occasions that she was preg_nant. After lying to me we reconciled before I finally dumped her after I discovered that she had been lying to me.

“From the time we separated I have never been to her place and it is also my request to the court to grant a reciprocal order since she is also verbally abusing me,” said Sibanda.

In her judgment the presiding magistrate Adelaide Mbeure granted a reciprocal order in which she ordered the two parties not to verbally abuse, communicate and visit each other’s homes.