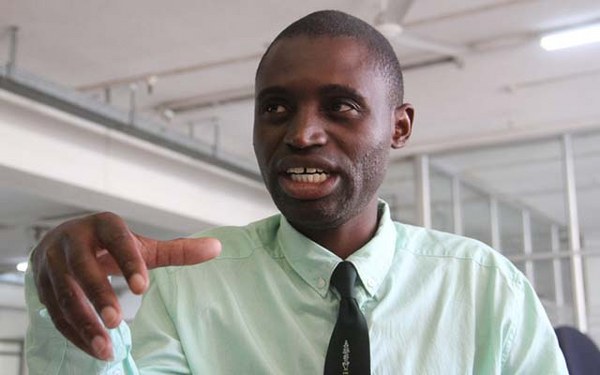 Controversial Prophet Talent Madungwe is at it again as he delved into divisive Prophet Passion Java and took a swipe at Apostle Talent Chiwenga saying “he is not a preacher but studies errors in people and churches”.

In an interview with H-Metro, the astonishing prophet waded into flashy Prophet Java saying only God is perfect.

“Some prophets are in it for the money, they’re open for business.

“God is not happy with some prophets who concentrate on earthly things which are benefiting them and not the word.

“They have realized how desperate and ignorant people of Africa are, that’s why you’ll never see them in America doing what they do here in Zimbabwe

“It’s bad, but no one is perfect expect God alone, so people shouldn’t put much faith into these kind of prophets as if they are angels and start worshipping them,” he said.

“That one, he does not preach but he studies errors in various churches and in other pastors and prophets.

“That is what he always does.

“He must preach the word of God and not to concentrate on other people’s errors.

“As a pastor or prophet whose job is to preach the word of God, you would wonder if he is really what he claims to be,” said Madungwe.

The prophet took time to explain his purportedly heaven visits and meetings with God.

“I was in heaven in October, from the meetings I had with God, political opposition parties must be banned not only in Zimbabwe but worldwide because they are rebel parties causing the suffering of people.

“So long there is opposition parties, nations won’t prosper because there must be a one party state just like China has been.

“The social media platforms are causing people to do all sorts of evils such as p0rnography, gossiping and other bad things but God also said if it’s used for business, its ok”.

Prophet Madungwe further spoke of his controversial encounters with God in heaven.

“I go there in heaven for meetings since I am the deputy commander of the army just behind Michael.

“Sometimes we meet here on earth but many times I just prefer to go there.

“I can even summon the almighty to come.

“We decided to ban all the bibles except the King James Version because other bibles were not correctly translated.

“At first I was very disturbed by what people thought of me being delusional or mad but I have since gotten over it,” concluded prophet Madungwe.