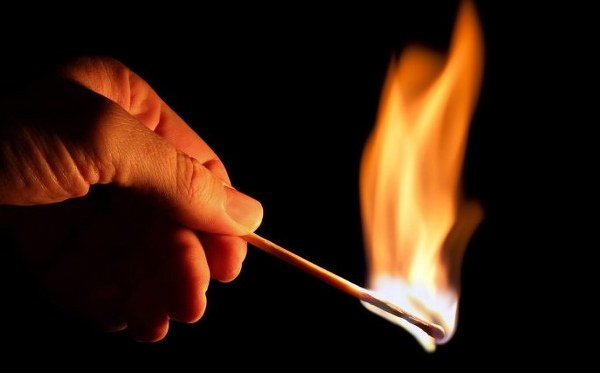 A police officer shot a masked protester in an incident shown live on Facebook and a man was set on fire on Monday during one of the most violent days of clashes in Hong Kong since pro-democracy unrest erupted more than five months ago.

Protesters, who had already begun a city-wide day of action aimed at paralysing the international financial hub, reacted to the morning shooting by rampaging through train stations, barricading streets and vandalising shops throughout the day.

A masked assailant also doused a man with a flammable liquid and set him ablaze during an argument, with the horrifying scene captured on mobile phones and also posted online.

Police said a protester carried out that attack and accused black-clad “rioters” of an array of other violent acts, including throwing a petrol bomb inside a train carriage.

“Continuing this rampage is a lose-lose situation for Hong Kong,” police spokesman John Tse said at a press conference in which he showed the video of the man being set alight, as well as a fire inside a train.

At the end of the business day, Hong Kong Chief Executive, Carrie Lam held a press conference to denounce the violence and vow it would not lead to any government concessions.

“I am making this statement clear and loud here, that will not happen,” Lam said.

The footage of the shooting, broadcast live on Facebook by a bystander, showed a police officer drawing a pistol as he tried to detain a masked person at a junction that had been blocked by protesters.

Another unarmed masked protester then approached the officer and was shot, quickly falling to the ground.

Authorities said he was in critical condition in hospital.

Hong Kong has endured 24 straight weeks of increasingly violent rallies aimed at securing greater democratic freedoms from China, which has ruled the city under a ‘One Country, Two Systems’ framework since its handover from the British in 1997.