The invasion of the former First Lady Grace Mugabe’s farm by intruders is the work of karma giving her a taste of her own medicine, a prominent human rights activist has said.

Dr Pedzisai Ruhanya said, “You live by the sword you die by the sword. Grace Mugabe is experiencing exactly that. We don’t have to like or dislike it but that’s the result and reality of Zanu PF misrule. This is not the Zimbabwe we want. We want a Zimbabwe where we are all equal before the law.”

Ruhanya said Zimbabweans from all walks of life must practice the rule of law so that even those who are in power can enjoy their retirement from public office.

“The rule of law is very important for everyone especially for those in power. When people leave or are removed from power as the case with Grace Mugabe, they must live peacefully and not to have the spectacles we see against Grace. Let’s all respect the rule of law as citizens.”

Grace Mugabe is embroiled in a fierce with 6 farmers who claim they were unlawfully thrown out of their farm. They hold offer letters signed by former Minister Didymus Mutasa.

“Those who are on Grace Mugabe’s properties should look at themselves and see if they don't have multiple farms. If you do, then your agenda is vengeance against a helpless widow. Just do the right things across especially among you ZANU PF politicians. Don’t selectively apply rules.” Ruhanya added.

Those who are on Grace Mugabe's properties should look at themselves and see if they dont have multiple farms. If you do, then your agenda is vengeance against a helpless widow. Just do the right things across esp among you ZANU PF politicians. Dont selectively apply rules 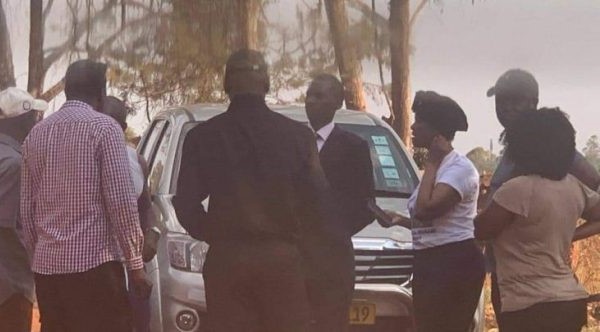