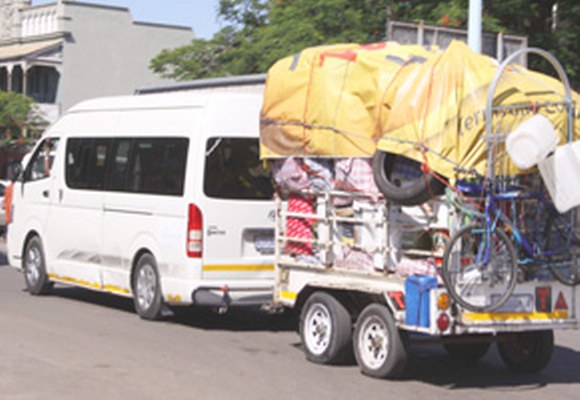 THE woman who snatched a four-year-old girl from her home in Bulawayo and took her to Tsholotsho wanted to hand over the child to a cross border transport operator (umalayitsha) in a human trafficking ring where she was to be paid R500.

This emerged when Cynthia Tshuma (19), who used an alias of Simpiwe Mlilo, appeared in court for kidnapping the girl from her home in Emganwini suburb before keeping her captive in Tsholotsho for nine days.

She was remanded in custody to today for sentencing.

Prosecuting, Ms Samantha Gubede on October 30 at a round 1PM, Tshuma allegedly visited the girl’s home and found her in the custody of her grandmother. “The accused person said she needed to buy airtime to call the complainant’s mother who was in Gwanda and requested the complainant to accompany her to buy airtime at the shops near Emganwini Secondary School,” she said.

“The accused person together with the complainant, however, boarded a commuter omnibus to Bulawayo city centre where they proceeded to Tsholotsho without the knowledge of the complainant’s guardians.”

Testifying in court, the girl’s mother, Ms Simelinkosi Ncube, said she did not suspect that Tshuma could steal her child.

“I found Tshuma stranded in town and then I took her home. We stayed with her for two weeks and helped her look for a job. She worked for two days and came back home saying she was no longer interested. I told her that I can’t provide her with shelter anymore since she didn’t want to work and she left. She then came back after a month and stole my child,” she said.

The court heard that Tshuma was arrested on Friday last week when police received an anonymous tip-off that she was in Tsholotsho with the girl.