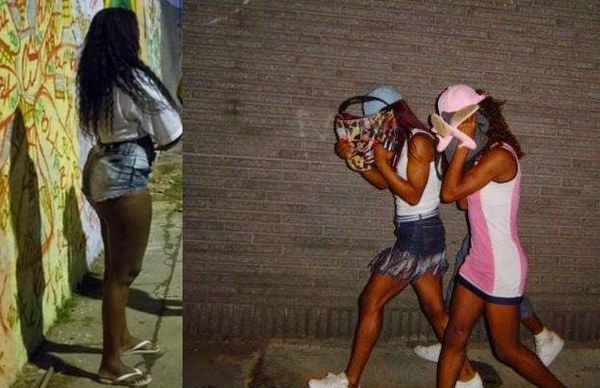 With a pressing economy back home most Zimbabwean ladies are turning to high level pr0stitution in United Arab Emirates. It is believed the ladies are offered huge money by the rich Arab men in the Arabian country. Most of the trips are organised by South African based brokers who in turn get paid a commission for the services.

In 2018 two South African girls made headlines when they posted videos on social media bragging about how they made millions in a week after Dubai trip. Speaking to Dangwe News Grace (not real name) who is based in Avondale Harare described the culture as satanic.

“I went there four times on these se_x trips after a friend introduced me, the money is good but it is dirty money. On my first trip three men would poop on me for more than four days, it was never about se_x but more of being treated like an animal.” Grace said she made over US$15,000 on her first trip while all her expenses were catered for.

The trips are so popular that most girls fail to make the cut. On her last trip Grace told us how she was made to have se_x with teenage boys.

“The boys were virgins and the dads wanted them to have se_x and teach them how it is done, it all happened in a packed room it is good none of them were recording the session. The so called girls trips to Dubai are all about this.”

So bad is the practice that even married ladies are doing it while some girls as young as 17 years are being forced to join by other family members.

The economic situation in Zimbabwe has forced many into deep poverty with some men based in Cape Town South Africa turning to hom0sexuality in order to make ends meet. The tourist rich city has seen many Zimbabwean men sell their bodies to foreigners. Masimba who once stayed in the mother city opened up about the dirty game ‘these are normal guys that need the extra money and it all starts after one is given a huge tip at a restaurant, many of them do it for money and are not even gays’.

There are risks Zimbabwe’s fight against HIV will be lost if the economy continues to melt as is the case now. Locally the prices of cond0ms have gone beyond the reach of many, a situation that will force many to have unprotected se_x. The country had recorded good gains on the fight against HIV with new infections going down and almost 90% of those infected being put on treatment.