It seems Zodwa Wabantu has influenced the lives of many through her nud_ity, almost nak_ed dressing and sense of fashion on its own.

A National University of Science University (Nust) student who goes by the name of Nibhekimpilo “Vivica” Mbovora has proven to be the institute’s version of the Durban-based entertainer as she showed up for a lecture wearing a see-through dress. 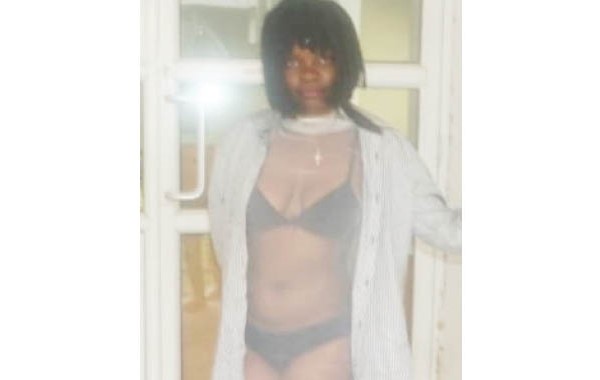 Vivica’s cat walk down the pathways left men drooling and some pinning their manhoods on belts as she headed for her lecture room in what left many by the access strip chanting, “Dress in other terms” (derived from the varsity’s catchphrase “Think in other terms.”)

In her justification on why she had come to class in the highly revealing transparent outfit, this is what she had to say to a lecturer: “It’s summertime and it’s very hot, ngiyatshiselwa.”

The brazen Vivica told B-Metro Showbiz that she was unfazed by what people say about her and she would do it all over again.

“Why are people concerned about things that don’t put meals on their plates?” asked Vivica.

Who is her inspiration?

Many would have thought that the nudey day walker’s muse would be South Africa’s Zodwa Wabantu or maybe the Western controversial outcast Lady Gaga. Alas she has a different tale to tell!

“Michelle Obama inspires me,” she said.

Actually this would make sense if it was about confidence only not about the fashion sense.

Miss Fashionista has been experimenting with different s_exy outfits at school which could not go unnoticed.

One lecturer revealed that this was not the first time that Vivica had dazzled the public.

“I’ve tried talking sense to her but it all seems in vain, day by day she is dressed up in bum shorts, but this time around she has gone a mile further with the transparent outfit,” she said.

When this publication sought clarity on the dress code from Nust’s director of public relations Felix Moyo, he said: “We are not used to such in our culture, that’s all.”