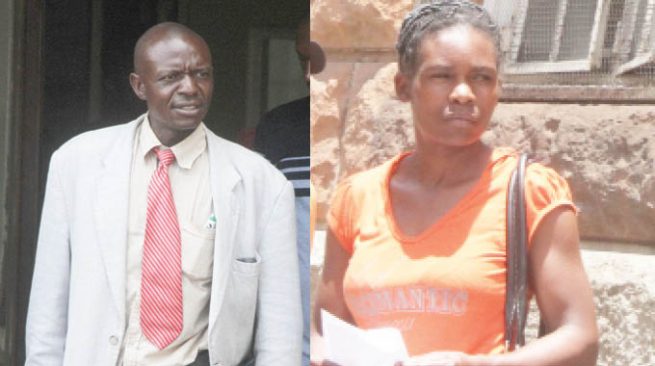 AS the nation joins the rest of the world next week to mark 16 Days of Activism against Gender-Based Violence (GBV), the heartbreaking story of a Bulawayo woman who claimed has endured years of physical, verbal and emotional abuse at the hands of her husband should also be a perfect case to other victims of GBV to share their horrifying experiences rather than keep them to themselves.

The victim, Pamela Chivhange, from Nketa 7 claimed she was sleeping in the kitchen where she was sharing a “small” blanket with her three children aged four, seven and nine after her husband Tanyanyiwa Chisorochengwe, a teacher at Founders High School, kicked her out of the bedroom.

A sad and heartbroken Chivhange said her husband, who remained with four blankets in the bedroom, was also refusing her and the children to watch television.

Chivhange touched the hearts of many when she revealed her ordeal at the Bulawayo Civil Court where she was seeking a protection order against her husband.

“I am customarily married to Tanyanyiwa Chisorochengwe and the marriage still subsists. He has beaten me up several times in the presence of the children.

“He chased me out of the bedroom and I am now sleeping in the kitchen where I am sharing a blanket with our three children. He refused us to use the spare bedroom saying it was his study room.

“He is also verbally abusing me and he destroys household property. He is also refusing me and the children to watch television. He took it (Tv) to the bedroom where he is refusing us entry,” narrated a visibly worried Chivhange adding that her husband was abusing her as punishment for claiming maintenance.

She said her husband once abandoned the family to stay with another woman for two years.

Chivhange insisted that what compounded her woes was the fact that the abuse also affected her younger children because her husband would at times abuse her before them.

In response, a seemingly exposed Chisorochengwe denied his wife’s accusations.

“It is not true that I am constantly abusing her. I took the television set to the bedroom because she once destroyed it after we had an altercation,” responded Chisorochengwe.

His response didn’t go down well with presiding magistrate Tinashe Tashaya who admonished him for his irresponsible behaviour.

“Tanyanyiwa, with the way you are abusing your family, I’m wondering, what kind of a teacher are you? You should not just enjoy making children when you don’t want to look after them. You definitely need to reform,” charged the magistrate.

In his ruling the magistrate ordered Chisorochengwe not to verbally, emotionally and physically abuse his wife as well as not to chase her and the children from the spare bedroom.

The magistrate also ordered him not to deprive his family household goods and gadgets and, in a bid, to save the couple’s marriage which is apparently on the brink of collapse he referred the parties for counselling.